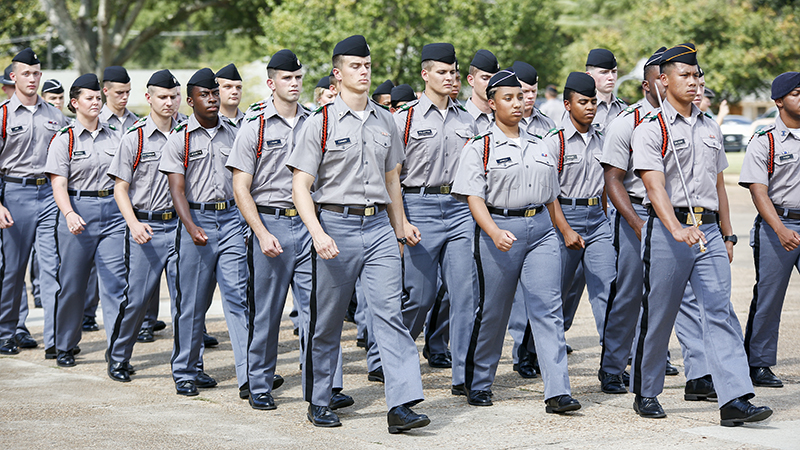 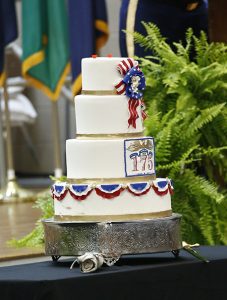 Around 350 students became official cadets at the ceremony where friends and family were there to cheer them on.

“I have two brothers that went here, and they went to West Point, and that’s what I want to do. I came here to learn more about leadership and to follow their example. They played sports here and I also play tennis,” said Vance Llewellyn of Maryland. “It’s really exciting.”

Llewellyn said he was excited to be pinned and is looking forward to his next year at MMI.

“It’s really exciting to do something that they’ve done,” Llewellyn said of his brothers Chad and Gabriel. “I think a lot about them being here and doing the same things that they did. It’s really an honor to be crested here after four weeks of intensive training.”

Marietta Holmes, public information officer, said the cadets at the institute come from 30 different states in the United States.

“This is a really large turn out as far as families being here to share in this,” Holmes said. “Their children have gone through several weeks of what we call intensive training cycle.”

Holmes said the cadets for the last four weeks have been playing paintball, repelling, learning how to throw hand grenades, running an obstacle course, taking academic placement tests and much more to get them ready for what’s ahead.

Noopie Cosby, a Selma native, attended the celebration and reflected back on his time at MMI, when he started there 50 years ago.

“It’s emotional to think about this school being here 175 years and the tradition that it’s upheld and the people that have walked through the halls and carried it on before me,” Cosby said.“It just makes me think about how great our country is going to be with these young people sacrificing what they’re doing today.”

Cosby said although they didn’t have the cresting ceremony 50 years ago when he attended the school, it was nice to be able to see it Friday.

“We didn’t do that when I was here. It’s just so special for them and it’s special for me to see it,” Cosby said. “They’re here on an adventure and they just don’t know what’s about to unfold in front of them.” 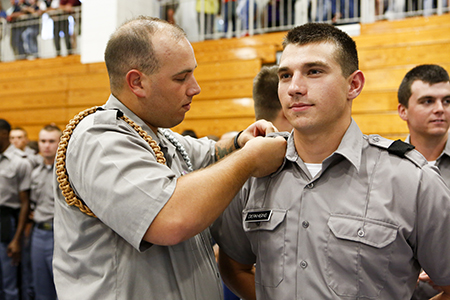 Around 350 students became official cadets at the ceremony where friends and family were there to cheer them on.

President of MMI, Col. David J. Mollahan and the chancellor of the Alabama Community College System Jimmy Baker addressed the crowd about the birthday celebration before cutting a 175th birthday cake.

“What a year to be a part of the MMI core of cadets,” Mollahan said.

“Today 175 years later, MMI still provides what our country needs in the next generation of military and civilians and what our businesses and industries need in their workforce.”

Mollahan said he is looking forward to the next 175 years at the college.