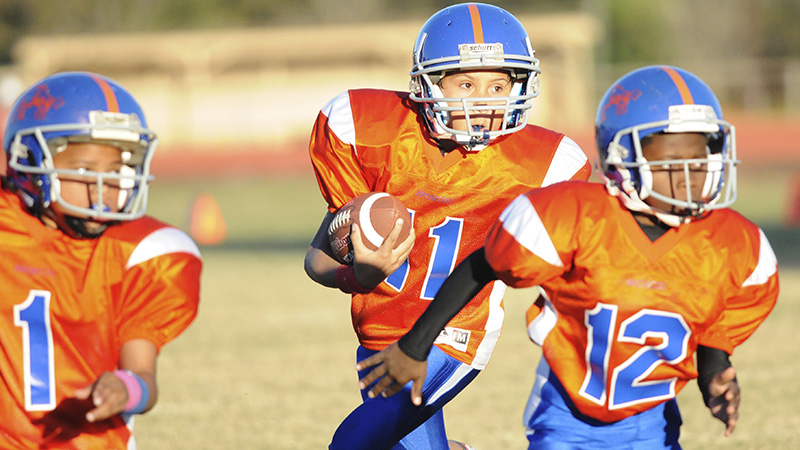 More than 300 kids will register to play in the 2017 Youth Football League this fall. There is one week left to register for this season.

The Selma Youth Football League has extended its registration period another week for any last-minute sign-ups.

Selma parks and recreation opened football registration this past June, and approximately 300 kids have already signed up, according to director Terry Jackson.

“We pushed registration back one week,” he said. “After next week, everyone else will have to go on the wait-list.”

Next Friday will be the last chance to sign-up for the Youth League before kids start getting placed on the wait-list. Players on the wait-list are not promised a spot on a team.

This season, the Youth Football League had player drafts to assign kids to teams. The coaches requested a draft format in order to split up the talent among the different teams.

Even though registration was pushed back another week, practice for the Youth League teams is still scheduled to start next Tuesday after Labor Day.

There are four teams for each age group, according to Jackson.

“We have the same number of teams that we always have,” he said. “We just aren’t quite at our numbers yet. We are hoping that by adding one more week, we will get to where we’re supposed to be.”

Jackson is waiting to hear back from Marion, Orrville and Uniontown to see how many teams they’ll have for this season. Once he knows how many teams and kids are participating, then he will be able to build the schedule.

Players who still want to sign-up can register at Memorial Stadium in Bloch Park.

In order to register, players will need to be present for a weigh-in. They will also need to present a copy of their birth certificate and the $10 fee.

The league will provide pads and jerseys for registered players, but the kids will need to have their own helmets, pants and cleats.

The parks and recreation office is open from 8 a.m. until 4 p.m. Monday through Friday. The office will also be open this Saturday from 8 a.m. until noon to assist those who are unable to make it during the week.

“Those that are late should try to get out and register before next week,” Jackson said. “Next week it’s over.”