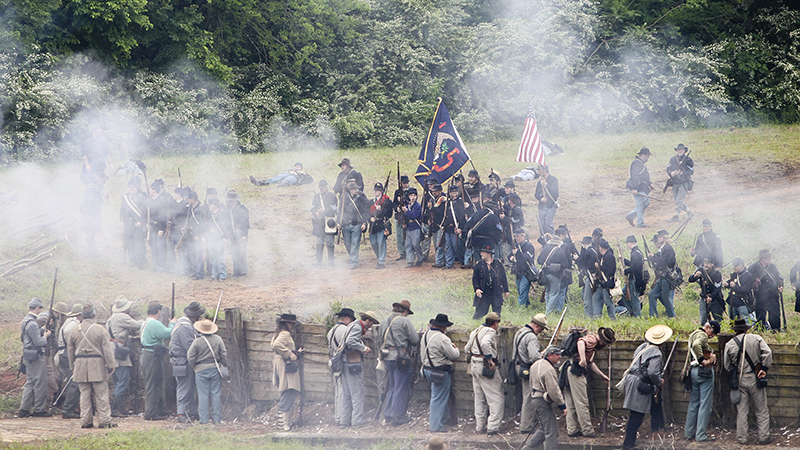 The Battle of Selma has been canceled for the second year in a row.

Organizers announced Thursday the decision to cancel the event was based off the city asking them to pay for city services, such as police, fire and public works.

“Our BOS (Battle of Selma) staff and our event volunteers work much too hard in staging this four-day, outside production only to be told their efforts to bring economic activity to Selma are wasted,” said James Hammonds, president of the April 1865 Society, in a statement.

The event was canceled for April 2017 after the city asked organizers to pay an estimated $22,000 for city services that were in-kind in the past.

The April 1865 Society, a nonprofit organization that puts on the event, tried to raise money through a GoFundMe page but were only able to raise $1,000.

Hammonds said in February when the 2017 battle was canceled, they had an estimated yearly budget of $29,000, and the city asking for around $22,000 was a 76 percent increase on their budget.

Hammonds said having to cancel the battle for a second year in a row makes the chances of there being another one very low.

“It makes the likelihood of it ever coming back less and less every time you do that because people get other plans,” he said. “They have other re-enactments, and it falls out of their frame of mind.”

Hammonds said they tried to find an alternate location to hold the battle with Kenan’s Mill and Old Cahawba Archaeological Park were two options, but they did not work out. Kenan’s Mill doesn’t have a field for the battle and enough parking.

“We thought we had something worked out with Cahawba, but when it got over to Montgomery, the bureaucrats got involved, and there was going to have to be a contract,” Hammonds said. “We could have made it work at Cahawba, but we didn’t have enough time where we could jump through all those hoops and still know that we were having it.”

Hammonds said failed efforts to work with department heads and Mayor Darrio Melton also played a role in the battle being canceled for 2018. He said he was told to contact department heads to figure out costs for services that were needed for the event.

“I’ve had people tell me that we never contacted them, but we’ve got certified letters showing where we contacted them telling them that we were at an impasse with department heads, and it was going to take something other than that to help put it together,” Hammonds said. “It’s a shame.”

Melton said the city tried to work with Battle of Selma organizers.

“There were three meetings that I personally set up with the Battle of Selma, and they failed to show up to either one of them,” Melton said. “So it’s incorrect to say the city departments didn’t try to work with them. The only thing we tried to work with them on were the logistics, but they have to pay for the services they’re requesting.”

The battle has been put on each year since 1987 draws large crowds of spectators as well as re-enactors.

Hammonds said he was told by Melton the event did not have an impact on the city. Melton said no has been able to provide him information about how much of an impact the battle has on the city.

Hammonds said he hopes to work with the city in the future to bring the battle back as well as the historic marker program.