Dr. Anderson to give lecture on late artist John Lapsley 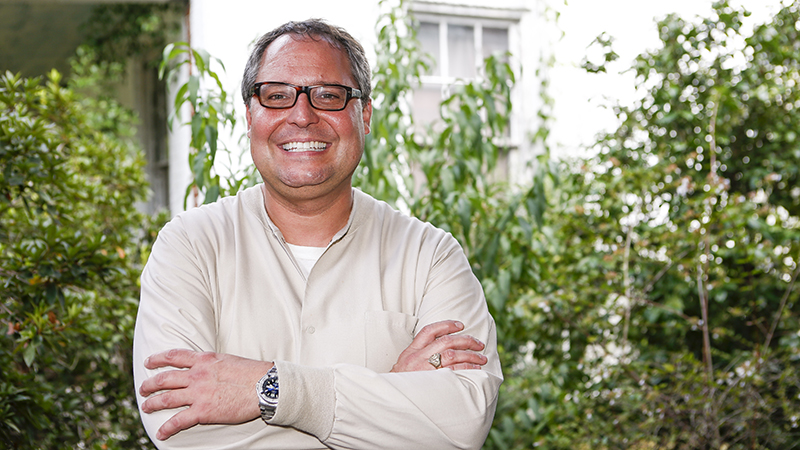 Dr. Gery Anderson poses for a photo Thursday outside his office. Anderson will be giving a lecture on Selma artist John Lapsley Sept. 10 at the Selma Art Guild.

The Selma Art Guild is continuing their Selma Artists Series lectures with a presentation by Dr. Gery Anderson on artist the late John Lapsley.

Anderson said he enjoys giving the lectures and having people come out and learn about an artist and seeing their work in person.

Anderson said he enjoys getting to talk about the artists that were from Selma and telling their history to those willing to listen.

“[I enjoy] getting to bring them to life again,” Anderson said. “John Lapsley is pretty well known here in Selma and a lot of people collect his stuff but exposing it to people who may have never given him much thought and perpetuate that legacy that he left [is exciting].”

Anderson said he enjoys the history of Selma and being able to talk to being about it.

“Selma was a grand cultured place during it’s time and there were a lot of artists here and a lot of studios with people who taught art and music,” Anderson said. “It’s just interesting to see the history of art and everything that we have here in Selma.”

Anderson said last year they had around 60 or 70 people to attend the talk about Clara Weaver Parrish, and he is hoping for a good turnout again this year.

“We hope we’re full and standing room only,” he said.

Anderson said they will have several pieces of his work on display, ranging from oil to water color, fresco, mono print, pencil drawing and more.

“We’re planning and hoping to have about 35 or 40 pieces of his art spanning everything from 1915 to up until around 2003. It’s going to be all different media,” Anderson said. “When you’re talking about him as an artist and his love of color and light, you can talk about it all that you want to, but when you actually see it projected on the canvas, that’s what makes it a true thing that comes to life.”

The art lecture will take place at the Selma Art Guild Sunday, Sept. 10 from 2-4 p.m. The event is free, but they said donations are appreciated.