Tennis courts to be resurfaced 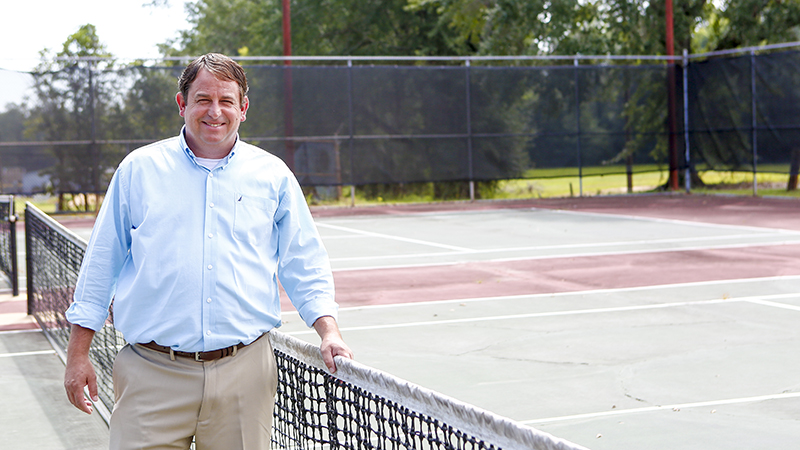 The city has received a grant to repair and resurface the tennis courts by Memorial Stadium. Shown above is City Councilman Carl Bowline, chairman for the council’s parks and recreation committee.

Selma’s Park and Recreation Department has received a $45,000 grant by the National Recreation and Park Association (NRPA) and The Walt Disney World Company.

The grant is part of the associations’ “Meet Me at the Mark” campaign to increase access to local play spaces.

“The target for this program is kids 3-11 through the Walt Disney and National Recreation and Park Association grant,” said Carl Bowline, Selma City Councilman for Ward 1 and Parks and Recreation Committee chairman.

The grant money will go toward repairs and resurfacing the city’s six tennis courts by Memorial Stadium, something Bowline said people have been asking him about since he was elected to office.

“I had a lot of people ask me about the courts when I got elected,” Bowline said. “It’s an answer to a prayer. A lot of families have called me from all over the community, young and old.”

In addition to the $45,000 grant, a local businessman who wishes to remain anonymous, is pitching in an additional amount of money to insure everything is completed and in its best possible condition.

“A local businessman is going to donate an additional $12,000 to $14,000 to pay for the difference,” Bowline said. “He wants to ensure that these courts are done the way they need to be and is willing to offer that additional dollar.”

Bowline said he is hoping to have the courts finished by April of 2018 and they are in the process of bidding out the contract for the work.

“The city would like to thank the NRPA and The Walt Disney World Company for their generosity,” Bowline said. “Without it, renovating our tennis courts would be virtually impossible. A special thanks to Planning and Development’s Teresa Carter and Henry Thompson and Park and Recreation Department head Sean Vandiver for their efforts in ensuring our grant’s success.”

Bowline said he is excited for the courts to be refinished and in working order for the public to use.

“It’s extremely exciting, I’m so happy. I want to give thanks to Darrio Melton and the vision he has to let these people to go after these grants,” Bowline said. “It’s something that you can come play anytime, night or day. The light can be turned on by the public, as long as they turn them back off, we appreciate that. It’s just another step in restoring the jewel in the crown of the Queen City of the Black Belt.”