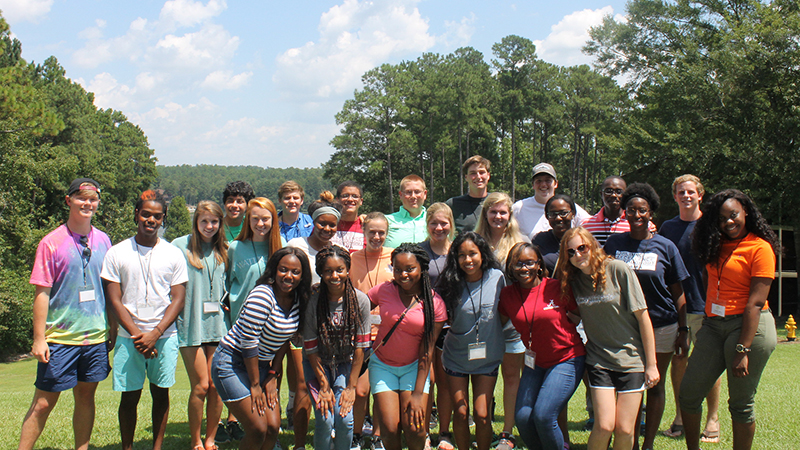 Members of this year’s Selma and Dallas County Youth Leadership program spent this past weekend at a kickoff retreat at the Alabama 4-H Center in Columbiana.

Selma and Dallas County Youth Leadership class XXI got to know each other over the weekend with their retreat to the Alabama 4H Development Youth Center.

Callie Nelson, who oversees the program, said students were most excited to meet students from different schools.

“It is always exciting to see kids wanting to get involved in the leadership program,” Nelson said. “When you ask them why they’re doing it, of course, they want to develop new leadership skills, a lot of them want to learn more about their community, but a thing that runs throughout is a lot of them come into the program so that they can make friends at other high schools.”

The young leaders had to work together in various activities over the weekend for team building.

“The main thing is to help them start building and becoming a team. They participated in a personality true colors workshop where they were able to identify their dominate personality traits,” Nelson said. “We did a lot of team building activities where we took them out on low ropes courses, and they had to really work together to accomplish goals, and not knowing each other and coming together for the first time, they did really, really well.”

Nelson said one of the students told her that the weekend was one of the most memorable experiences they have ever had.

From meeting new people to doing new things, they were happy to make new friends from across the county.

“One of main things we want them to take away is to be able to look at Selma and Dallas County in a whole new light, as a community where they can actually come back and live,” Nelson said. “The second goal is that they are able to understand diversity better and realize that even though they may be different appearance wise, we are all alike and we all want the best for the community.”