A Selma business man that ran for public office on the municipal and state levels has been charged with robbery. 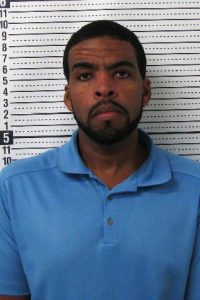 Tremayne “Toby” Gorden, 44, was arrested by the Selma Police Department Monday on a first-degree robbery charge.

Gorden was booked into the Dallas County Jail under a $60,000 bond but made bail.

Lt. Tory Neely with the Selma Police Department said officers responded to a home on the 800 block of Selma Avenue on Aug. 6 in reference to an assault.

Gorden was identified by the victim in a photo lineup.

“The victim actually spoke to Mr. Gorden by phone trying to resolve the matter and was unsuccessful to resolve it,” Neely said. “At that point, we continued with the investigation and detained Mr. Gorden and brought him up for questioning.”

According to Neely, the victim knew Gorden from doing work around his business.

“He knew Mr. Gorden. He said he used to do some work and help Mr. Gorden out around his business,” Neely said. “He kind of did handiwork and cleanup for him.”

When asked about the charges Tuesday, Gorden said he feels like he will be exonerated or the case will be dismissed.

“Basically, this was a guy that would help me out moving some stuff around, and he ended up stealing from me and ended up accusing me of taking his wallet,” Gorden said.

Gorden has run for public office a handful of times. He most recently ran for the Alabama House of Representatives District 67 seat as an independent candidate.

Election officials thought the race for the seat was over when Prince Chestnut, a municipal court judge for the city of Selma, won the special primary election with nearly 70 percent of the vote in January.

Days later, Gorden qualified to run as an independent candidate after he submitted enough signatures to the Alabama Secretary of State’s Office to get on the ballot.

Gorden ended up losing to Chestnut in a landslide. Gorden, who qualified with 671 signatures, only received 151 votes to Chestnut’s 2,788.

Gorden also ran for president of the Selma City Council last year. He has also run for Dallas County probate judge in the past.

Gordon said he has a court date scheduled in September.