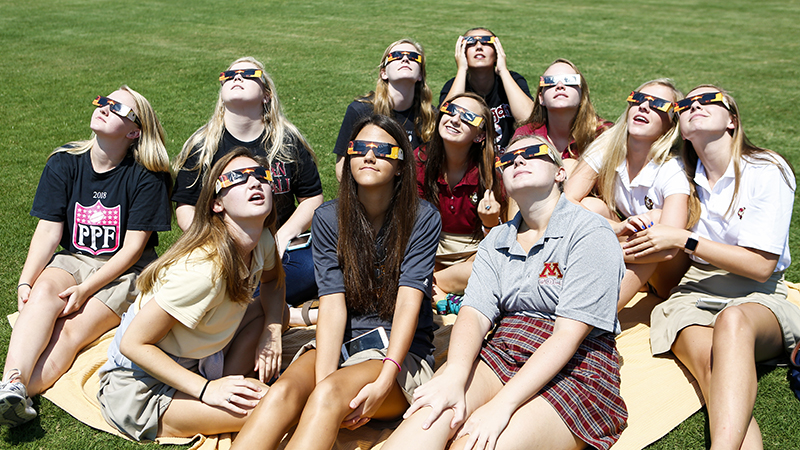 Morgan Academy students have been looking forward to watching Monday’s solar eclipse for weeks, but almost missed out on the rare phenomenon.

Eclipse glasses that were ordered didn’t come in in time, but headmaster Mark Knight wasn’t going to let that stop students from experiencing the eclipse.

“I had a friend in Jemison that is a bookkeeper at Calera High School, and they had ordered some extras. She was able to sell me those. I drove up there this morning and picked them up,” Knight said. “We had planned it, and this only happens every 100 years, and I just didn’t want to kids to miss out.”

Other schools in Dallas County decided to keep children inside due to fear of damaging young eyes. Morgan left that decision up to the children in grades seven and up along with permission from parents.

“It’s a very unique experience. We’re lucky to be in a private school where we can make the call to do something like this,” said Morgan science teacher Kimberly Jones. “We spent the day talking about what a solar eclipse is — talking about the sun, moon and Earth alignment.” 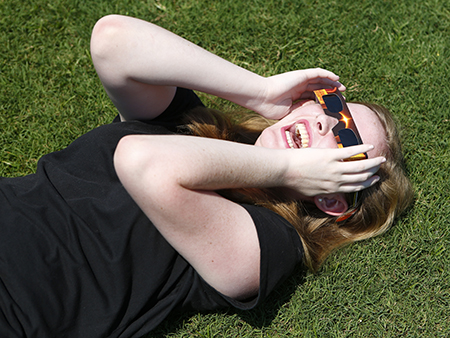 Jones said the students seemed excited and enjoyed watching the eclipse from the football field.

“This is the first one that I’ve ever seen in my lifetime, so I’m glad that the students can enjoy it at a young age,” Jones said. “I’m sitting here with my daughter, and she’s enjoying it too, so it’s a family experience.”

Junior Belal Hammad prepared for the eclipse by making his own solar projector out of a shoe box.

“I tested it yesterday, and there was a circle there, and when I looked at it just now, there’s a crescent. You can see the eclipse,” Hammad said. “It didn’t get as dark as I thought it was going to get, but it was still really cool. You don’t see an eclipse every day.”

Hammad said he was grateful that his headmaster went to the trouble of getting the glasses for him and his classmates.

Eight grader Maggie Holladay said she enjoyed watching the eclipse with her friends.

“[My favorite part] was getting to share this experience with my friends, and later in life we’ll be like, ‘Do you remember watching that at school?,’” Holladay said. “It’s just a cool thing to observe.” 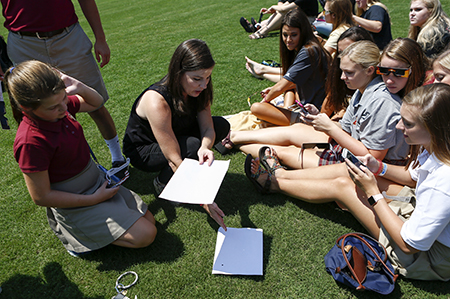 Knight said the students met before heading out to see the eclipse and were given safety instructions.

“At first, I was really nervous about the safety … but we went over the safety with our kids several times before taking them out. I didn’t see anybody not using the safety glasses in the correct way,” Knight said. “They responded really well, and they did everything we asked them to do. It was a really good experience, and I think the kids really enjoyed it.”

Monday’s eclipse started about noon and peaked at 1:32 p.m. over Selma. At the eclipse’s peak about 89 percent of the sun was blocked by the moon.