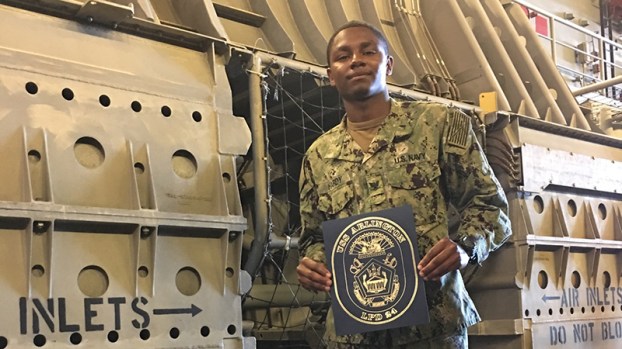 He works as a maintenance engineer and recently completed Baltic Operations, which is a North European military operation that strengthens the U.S. alliance with European allies.

Hardy is the son of Tommy Hardy Sr. and Vanessa Flennory of Selma and the grandson of Veola Howard. He hopes to one day work as an engineering instructor at a naval training center.

Editor’s Note: The Dart is a weekly feature where a reporter throws a dart on a map of Selma and... read more