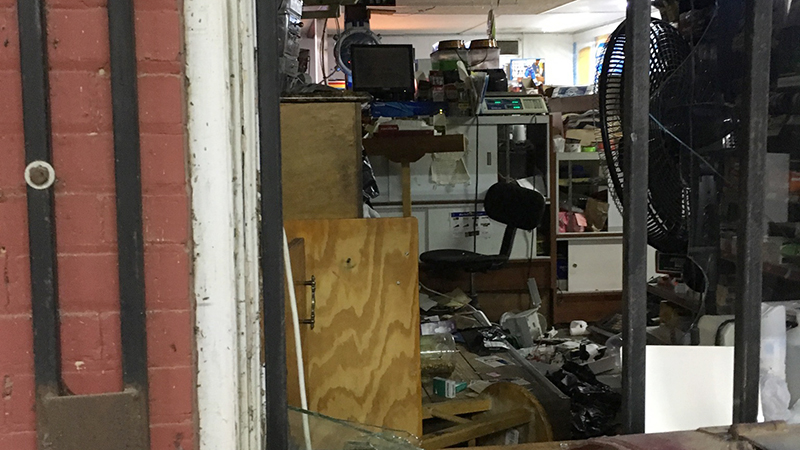 he Orrville Food Mart on the corner of Main Street and Broad Street was broken into last Thursday morning between 4 and 5:30 a.m. by three men wearing masks.

One week after their store was broken into in Orrville by three masked men, Nadira Arhman and her husband, Mintoo, are left wondering who is responsible.

Their store, the Orrville Food Mart on the corner of Main Street and Broad Street, was broken into last Thursday morning between 4 a.m. and 5:30 a.m., which is when the store usually opens.

“We work morning to close, husband and wife, to survive, and to have this happening like that is heartbreaking,” she said.

Arhman said she and her husband were asleep when a former employee came banging on their door and calling them to let them know something was wrong at the store.

“One of my ex-employees was driving somewhere, so she was looking and saw something,” she said. “She said, ‘Nadira, Nadira,’ and I said ‘What?’ And she said somebody broke into the store.”

The couple got ready as quick as they could and made their way to the store to find burglar bars that were cut off and one of the front windows smashed.

Arhman said the three men used a power tool to cut the bars and an axe to bust open the window.

“It was an electric grinder sort of thing,” Arhman said.

No arrest has been made in the case by the Dallas County Sheriff’s Department, but Thursday, Arhman shared surveillance footage captured inside and outside the store during the break-in in hopes of someone recognizing one of the people that ransacked the store.

Video shows the three men entering the store and taking pack after pack of cigarettes from above the counter.

The footage also shows one of the masked men trying to get into the cash registers.

One by one, he picks up the registers and slams them on the ground over and over again to break them open.

Arhman said they estimated around $1,500 worth of cash was stolen from the registers.

The men also tried to use the power tool to cut open the ATM machine inside the store, but they were unsuccessful.

“They tried to cut this way, that way. They cut halfway, but they did not get all the way,” Arhman said.

The three men also cleared out two shelves full of cigarette cartons, along with boxes of cigars and cigarillos. Arhman estimated more than 100 cartons were stolen.

“They damaged so much,” she said, adding they also took jewelry.

Arhman said the store was burglarized around four months ago, but it was nowhere near as bad as Thursday’s break-in. She estimated the damage to the store and loss of merchandise to be between $16,000 to $17,000.

“We are just thinking about how we are going to recover again.”

Anyone with information is asked to call the Dallas County Sheriff’s Department at (334) 874-2530.