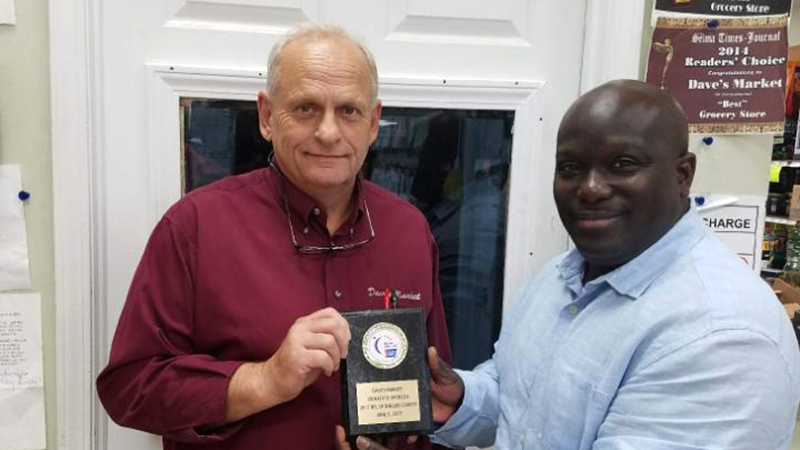 Dave Oliver owner of Dave’s Market and Alvin Craig with Selma and Dallas County Relay For Life are pictured above. Dave’s was a 2017 Relay For Life sponsor.

Selma and Dallas County Relay for Life has wrapped up for the 2016-2017 year, and event leader Alvin Craig said they managed to exceed their goal.

Craig said the money raised goes to a variety of needs for patients and for research for the disease.

Without the funds to help them, Craig said some patients may not be able to get all of the help they need.

“The money is really needed because of the treatments, they cost so much money,” he said. “With the help of the American Cancer Society and Relay for Life, this money helps curve that cost that they receive.”

Craig said being part of Relay is exciting for him, and he is glad to be doing something that helps so many people.

Craig said he couldn’t have done it without sponsors and the teams that worked hard to raise the money.

“This could not have been done without Walmart being a big-time sponsor. Walmart raised a total of $21,000 toward out total.”

Craig said after a short break, Selma and Dallas County Relay for Life will be gearing up for the 2017-2018 season in October with the annual kickoff.