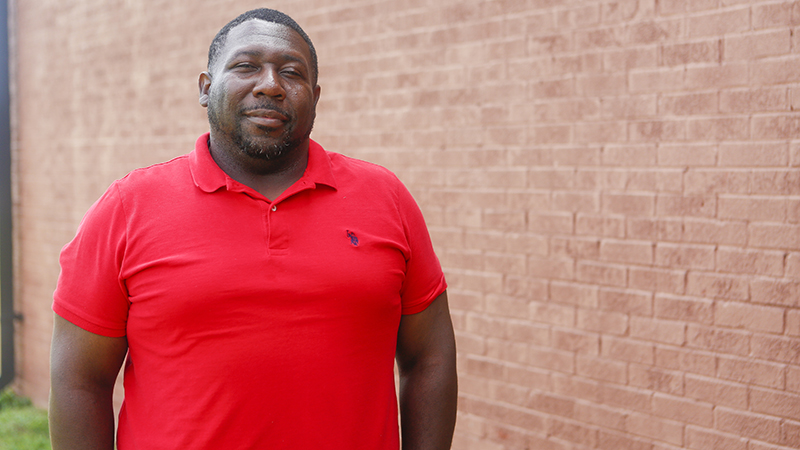 Brandon Williams never thought about being an educator when he first got into music. He wanted to be the one performing in front of crowds and showing off his talents.

But with some advice from his mother, Jonnie Smith, he decided to major in music education and now serves as the band director at Selma High School and he certainly wouldn’t change that.

“I never, ever saw myself as becoming an educator. That was the last thing on my mind. I wanted to be in music, but I wanted to be the one that was performing,” Williams said. “During my stay at Alabama State University, it was actually my mother that told me … to go into music education. By that time, I was really, really listening to what she was saying because she never steered me wrong. I went ahead and I … got on that path way.”

Williams first fell in love with music while in high school at Francis Marion.

“At the time of my high school career, my mentor the Rev. Bailey Dawson got me into music,” Williams said.

From that time on, he never got out of music. In college, Williams took a variety of music classes and played multiple instruments. He played the sousaphone in marching band, French horn in concert band and trumpet in jazz band.

“The workload was very extensive, but the hard work and the motivation that both my mother and Mr. Dawson instilled in me helped me. It motivated me to want to be great,” Williams said.

After his graduation, Williams got a job with Selma City Schools, where he has remained for nearly 15 years.

“It is challenging, it is very fulfilling. At times, it’s unbelievable, but my students always keep me humble in a way that I could never repay them for,” Williams said.

“They’re the ones that make me look good. I always thank them for allowing me to be their band director and I always tell them that by the time that we’re done with one another, and they’ve graduated and moved on to the next level, they won’t need me, they’ll be able to do it themselves and that’s my goal.”

Williams said he even has some students that have gone on to become band directors, or are in the process of earning their degrees to become a director.

“It makes me so proud that they even listen to what I had to say and they took it to heart and it’s taking them far,” he said. “I’m beyond blessed.”

Williams said there’s nothing like being able to influence hundreds of students and help them strive to be better people all around.

“I want my students to be top of the line. I want them to be the best in their class,” Williams said.

“And no matter what, I want them to know that I love them and respect them and want nothing but the best for them.”