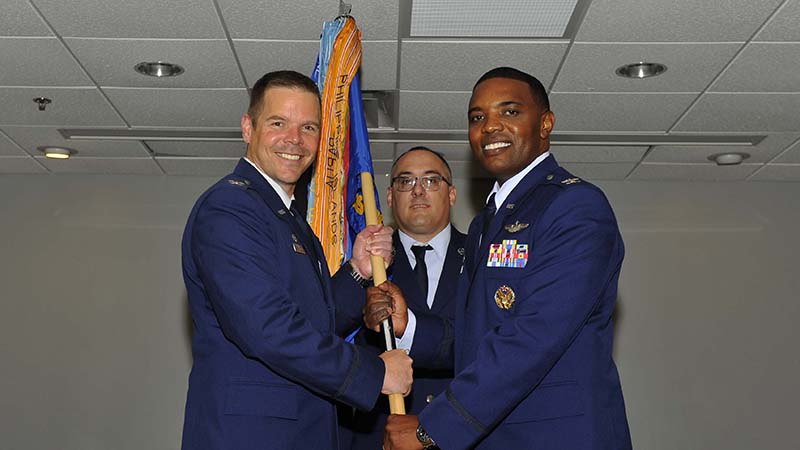 After being gone from Little Rock Air Force Base in Arkansas for 14 years, Selma native Col. Otis C. Jones has returned to the base as the commander of the 19th Operations Group.

“Just knowing how far that I’ve come being from Selma and going to the academy, a longevity of flying over a career and coming to a point where you get a chance to lead other airmen is just a great feeling,” Jones said Friday.

The 19th Operations Group, which is made up of four squadrons, 608 personnel and 28 C-130J aircraft, performs worldwide airlift missions.

“In a leadership role like this, you not only get a chance to lead combat airlift squadrons … but you also get a chance to serve in a capacity where you’re helping young men and women maximize their potential, and that’s what it’s all about,” Jones said.

Jones was stationed at LRAFB previously from December 2001 until September 2003.

“When I left in 2003, the building and the office I left out of as an executive officer, as a young captain, I’m now the commander in that same building 14 years later,” Jones said. “It’s amazing how small the world is. I’m sitting in what then was my boss’s office right now.”

Jones was born and raised in Selma. He is a 1990 graduate of Selma High School, where he played basketball for the late coach A.A. Sewell and coach Willie Maxey.

At Selma, he played point guard and earned an appointment to the United States Air Force Academy. There, he played all four years and left his name all over the school’s record book.

Jones is second on the school’s all-time scorers list with 2,003 career points. He was awarded the Bob Beckel Team MVP honor for the 1994-1995 season, named All-American by Basketball Times in 1995 and received the school’s Athletic Excellence Award in 1994 and 1995, as well as other awards and honors.

Jones had no military background before going to the academy, but he said the experience opened his eyes.

“Being from a small town, you don’t always understand what opportunities are out there,” he said. “But getting to the academy and getting exposed to that, and being able to see what opportunities were there, I kind of competed for pilot training and was able to get it.”

“Who ever thought I would be doing what I’m doing now, whether it was my experiences at the academy and my experiences in basketball at a national level, or whether it’s flying planes for the Air Force,” Jones said.

Jones said he is humbled and honored to now serve as commander and hopes his success can serve as an example to others.

“It comes from having a solid foundation of family, friends, educators and different people in your life that care about you and push you along,” he said.

“It’s important for us to pass back those lessons to the young people today, especially in hometowns like Selma to allow those young people to see if I could do things like this, they definitely could do it.”