Evans to be inducted into senior hall of fame 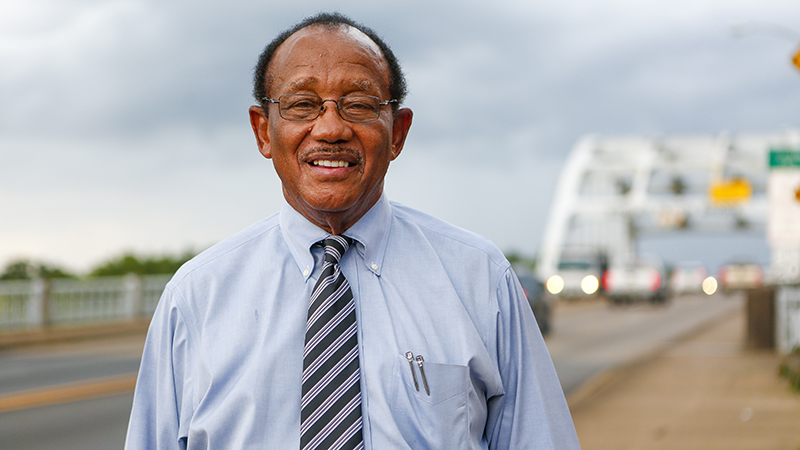 Former Mayor George Evans will be inducted into the Alabama Senior Citizens Hall of Fame this Sunday.

Former Selma Mayor George Evans is once again being recognized for his work in the community.

Evans will be inducted into the Alabama Senior Citizens Hall of Fame this Sunday in Montgomery.

“I was very surprised,” Evans said of finding out he had been selected. “I’m very honored to be recognized like that.”

Evans said anytime someone recognizes you for your work it’s an honor. However, he’s no stranger to halls of fame.

He’s also been inducted into the Alabama High School Sports Hall of Fame and the Southwestern Athletic Conference Hall of Fame.

“I’m proud to be selected. I’ve tried hard to work and do a good job in terms of service,” Evans said. “Although I’m not in office, I still plan to serve the community the best way that I can.”

Evans served as mayor of Selma from 2008 to 2016, and before that he was president of the Selma City Council and superintendent of Dallas County Schools.

He doesn’t take credit for his accomplishment though. He gives all of his credit to those that have helped him and worked alongside him throughout the years.

“The contributions that I made were not made by myself,” Evans said. “I had a whole lot of people help me to be successful in the things that I did. I’m thankful for them helping to make me look good so I can make our city look good, and I think them for this honor as well.”

Evans said he feels honored to receive the recognition not only for himself, but for the city as well.

“To be from Selma and to have a lot of other cities around us, for them to select someone from Selma, we’re doing some things right,” Evans said. “And I’m proud to be representing Selma in that difficult arena, that someone thought enough of me.”

The ceremony will take place Sunday in Montgomery and is hosted by the State of Alabama Department of Senior Citizens.