Wi-Fi announcement made at River Rally 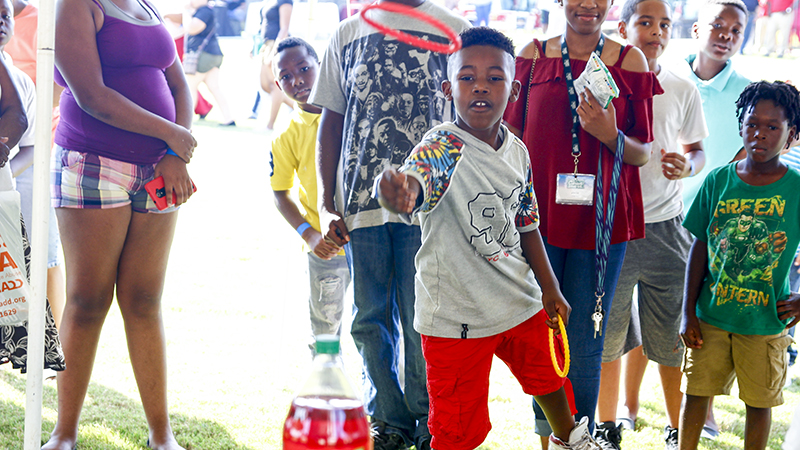 Selma Mayor Darrio Melton announced during Saturday’s River Rally that the city is working to offer free Wi-Fi downtown from the amphitheater to ArtsRevive.

“We are starting here on Water Avenue, plus the Riverfront Park, offering free Wi-Fi,” Melton said. “We are expanding our broadband infrastructure. This is the first stage, but we are going to go through the whole downtown to make sure Wi-Fi covers the entire area.”

Melton said the city would like to eventually be able to offer families Internet connectivity, especially those who may not have access now.

“Broadband is the infrastructure for the 21st century. If you don’t have a solid broadband infrastructure, you basically can’t compete,” Melton said. “The announcement we made today is a step to make sure Selma is able to compete when it comes to economic development, making sure our kids have access to broadband so they can compete with other kids across the nation.”

The city has miles of fiber optics underground, paid through a 2009 bond issue. However, so far, the city hasn’t been able to capitalize on that investment.

Last summer, Concordia College Alabama signed a lease to use two strands of the city’s fiber optics, only a fraction of the 72 strands that run underneath the city.

Melton said he hopes the city can continue to find public-private partnerships to use the fiber optics.

“We are still going to be looking for public-private partnerships with the major companies,” Melton said. .”That’s the plan to make sure we have other ways to raise revenue other than raise taxes.”

Melton said the only cost for the current Wi-Fi was towers, which had already been budgeted.

“We already have the infrastructure in the ground,” Melton said. “We are just providing a boost to what we have already developed. A lot of things were things we could have done years ago.”

In addition to that announcement, the River Rally included a day of arts and crafts, games, food and fun. School supplies were also given out to students.

On hand were the Selma Police and Fire Departments and as well as the Alabama National Guard.

“This is an opportunity to build community. We figured we would have a fun day,” Melton said. “[Simmons] took the lead on this, and should get credit for the event she put together.”