Selma to see most of rare solar eclipse 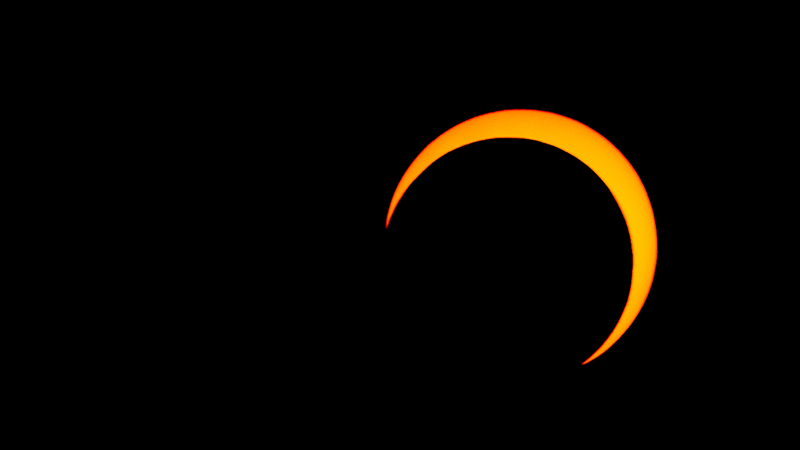 Selma will experience an 89 percent solar eclipse on Monday, Aug. 21.

For the first time since 1979, the United States will experience a total solar eclipse on Monday, Aug. 21.

The solar event will start over Oregon and continue across 14 states before ending over South Carolina at 2:45 local time.

However, a partial eclipse will extend well beyond those states.

In fact, according to data from The United States Naval Observatory, the moon will obscure 89 percent of the sun in Selma at about 1:32 p.m. That’s of course assuming it’s not a cloudy day.

The last total eclipse was visible in the United States in the Pacific Northwest (Oregon, Washington, Idaho, Montana and North Dakota) on Feb. 26, 1979, according to NASA.

This year’s eclipse will be visible to a lot of people.

Everyone in the contiguous United States, in fact, everyone in North America plus parts of South America, Africa, and Europe will see at least a partial solar eclipse, while the thin path of totality will pass through portions of 14 states.

However, don’t blink or you might miss it. For this eclipse, the longest period when the moon completely blocks the sun from any given location along the path will be about two minutes and 40 seconds.

The first point of contact will be at Lincoln Beach, Oregon at 9:05 a.m. PDT. Totality begins there at 10:16 a.m. PDT.  Over the next hour and a half, it will cross through Oregon, Idaho, Wyoming, Montana, Nebraska, Iowa, Kansas, Missouri, Illinois, Kentucky, Tennessee, Georgia, and North and South Carolina.  The total eclipse will end near Charleston, South Carolina at 2:48 p.m. EDT.

Experts have been cautioning skygazers and, especially, schools to never look directly at the Sun, which could cause eye damage. Most local schools will have special sunglasses for viewing the eclipse. You don’t want to use regular sunglasses, which don’t offer enough protection.

However, there are many ways to safely view an eclipse of the sun including direct viewing – which requires some type of filtering device and indirect viewing where you project an image of the sun onto a screen.

Information from NASA.gov was used for this story.