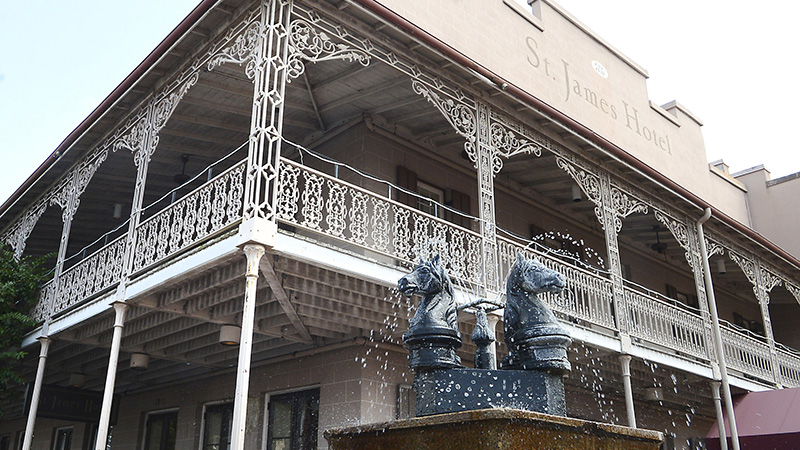 The city of Selma has settled a lawsuit filed by a hotel company that tried to purchase the St. James Hotel last year for $30,000.

A federal lawsuit filed against the city of Selma by a company that tried to purchase the historic St. James Hotel last year has been settled for $30,000 and dismissed.

According to Jeff Reinert with the clerk’s office for the United States District Court for the Southern District Court of Alabama, a stipulation of dismissal was filed July 5.

After going into executive session to discuss a settlement during its June 27 meeting, city council members voted to settle the lawsuit with Janee Hotel Corporation.

While the amount was not disclosed during that meeting, Mayor Darrio Melton confirmed that the case was settled for $30,000.

Councilman Carl Bowline, who voted in favor of the settlement, said he thought it was the best decision for the city as a whole to go ahead and settle the lawsuit than to take it to court.

“I just thought it was a good idea to go ahead and settle that out. In a perfect world would you like to fight that? Yes,” Bowline said. “Being fiscally responsible, at this point it just seems better to go ahead and settle it than risk the loss of $400,000 plus the $100,000-something on attorney fees we probably would have incurred.”

The lawsuit, which alleged the city and city council broke a contract to sell the hotel by relisting it for sale, was filed by Janee Hotel Corporation in December 2016.

According to the lawsuit, Kenneth Moore, president of the company, offered to purchase the hotel for $100,000 and committed to investing $4.5 million on Aug. 4, 2016. The lawsuit requested the court to award Janee Hotel Corporation $4,674,933.33 in damages.

The city denied the claims, saying a valid contract was never entered into and the council voted the same day to list the hotel with an Atlanta realtor should the sale not be finalized.

The council at the time voted on Aug. 18, 2016, to sell the hotel to Moore and Janee Hotel Corporation. Council President Corey Bowie and members Bennie Ruth Crenshaw, Michael Johnson, Susan Keith and B.L. Tucker voted to sell the hotel, while Greg Bjelke, Sam Randolph and Cecil Williamson voted against the deal.

The deal fell through after council members learned about Moore’s past from a Times-Journal report, which included criminal charges and bankruptcy.

Phone calls to Janee Hotel Corporation and Kenneth Moore have not been returned. Moore’s attorney, Peter Markos, from Chicagoland Law Group returned a call from the Times-Journal Tuesday.

“We have no comment at this time on anything regarding that case,” said Peter Markos, Moore’s attorney from Chicagoland Law Group. “I don’t want to make any comments.”

Melton, who was not in office when the proposed sale happened, said the city can now move forward with selling the St. James Hotel to hotelFUBU, a recently launched boutique hotel venture of FUBU.

“It didn’t benefit us having [the lawsuit] out there,” Melton said. “It definitely wasn’t beneficial. We’re definitely looking forward to completing the sale of the hotel with FUBU and moving in a positive direction with them.”

HotelFUBU offered to buy the hotel for $400,000 and invest at least $3 million in renovations in February. Melton said the deal should close sometime this month.