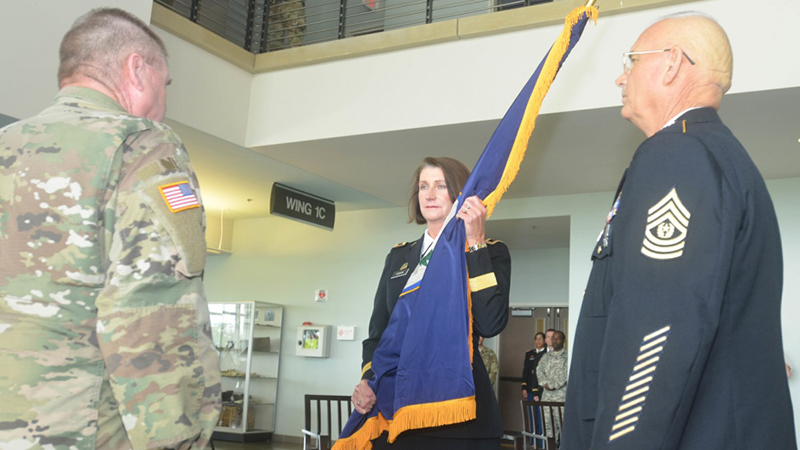 Alabama’s Gov. Kay Ivey presided over a change of command ceremony at the Alabama National Guard Joint Force Headquarters in Montgomery on July 28.

Major General Sheryl E. Gordon, a native of Selma, took over the reins as the 42nd adjutant general of the Alabama National Guard from Major General Perry G. Smith, who has headed the organization since January 2011.

Gordon is no stranger to the Alabama National Guard, having served more than 33 years in the Alabama Army National Guard before her retirement in 2013. She is now responsible for more than 13,000 soldiers, airmen and civilian employees, as well as the associated infrastructure and equipment.

Gordon realizes that she is a role model for others, and a mentor; but when all is said and done, she says, “I’m a soldier who just happens to be a female.”

Gordon is also retired from a long career in education as the assistant principal of Benjamin Russell High School in Alexander City.

Throughout her military career, Gordon has commanded at every level, including as commander of the 62nd Troop Command, in Montgomery, where she led more than 5,000 soldiers.

She also served as the assistant adjutant general-Army and Forces Component commander for the Alabama National Guard.