All Stars honored at banquet 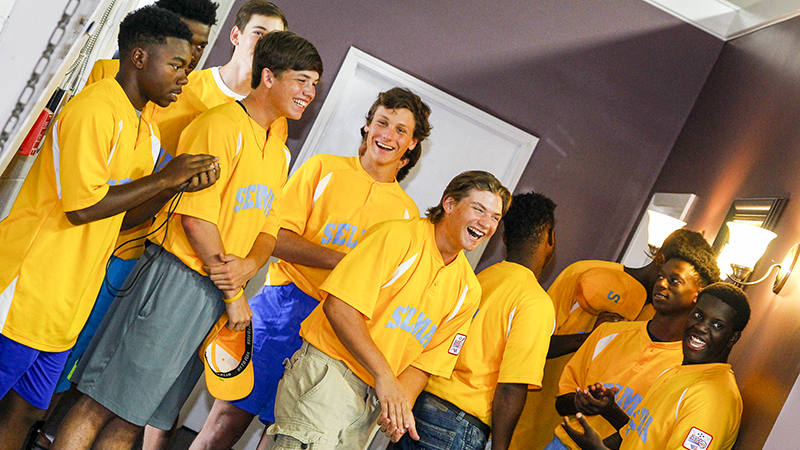 The Selma 15U All Stars were introduced one by one during a banquet in their honor Wednesday afternoon at the George P. Evans Reception Hall. The team won the Dixie Baseball World Series over the weekend.

One by one, members of the Selma 15U All Stars were introduced during a banquet in their honor Wednesday afternoon.

The team is still basking in the glow of winning the Dixie Baseball World Series on Sunday — bringing Selma its first title in 45 years.

The team sat at a head table, surrounded by younger players from the city’s other all star teams. Players who hope to follow in the footsteps of the bigger boys one day.

“I’m so proud of the young men that participated this year in baseball,” said Mayor Darrio Melton. “Not just the all star team but all those who came out to participate.

Baseball is a sport close to Melton’s heart — he often talks about his playing days and helps coach his son’s team.

“I believe baseball is the greatest sport on dirt,” Melton said.

The mayor said he hoped the younger all stars would look up to the 15 U team and realize that they too can be champions.

“I hope this is motivation for you. That you too can share this stage and be very successful in baseball,” Melton said.

Melton also thanked the coaches for putting in time in teaching their teams about the sport and life.

“Coaches what you do for our young men speaks volumes. Not only are you teaching them a game but you are teaching them how to become young men,” Melton said.

The city is exploring the possibility of adding a fall baseball league to give players the chance to hone their skills even further, according to Melton.

15U All Star coach Ricky Waters said the support of the city and community members has been remarkable.

“We are very fortunate to have the support of the city,” Waters said. “This is a real special group of young men.”

So what’s next for the team?

The Selma City Council discussed having a parade in the team’s honor during its meeting Tuesday.

The team will continue to be able to play together down the road, as Dixie Baseball goes through age 19.

The team is made up of players from Selma High, Morgan Academy, Meadowview Christian and Dallas County High. The 15-year-old league only has about 25 players and two teams that play each other. The players get to know each other well and have come together after two consecutive summers playing in the world series, Waters said.

“Next summer, they will be right back together,” Waters said. “They can keep going until they are 19.”