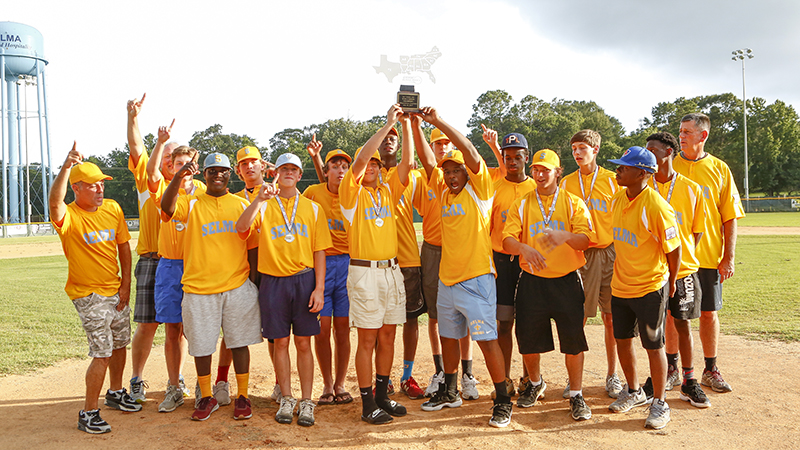 The 15U Selma all stars are the 2017 Dixie Baseball World Series champions. 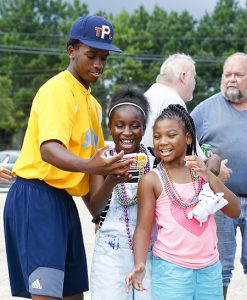 Dione Allen takes a selfie with his fans, Tamarra Sain and Jeleria Ervin.

It’s been 45 years since the last team from Selma won the World Series, and head coach Ricky Waters’ team finally ended that streak this past Sunday in Independence, Louisiana.

The team went to last years’ World Series tournament but fell short of winning the title.

“We had to redeem ourselves from last year,” pitcher Octavious Palmer said. “We didn’t finish how we wanted to last year.”

Palmer said that the added pitching was the difference that helped them win the tournament this time around. The team qualified for the World Series back in June and were eagerly awaiting this opportunity.

“I just wanted to bring the W back to Selma,” outfielder Amarian Molette said.

The boys breezed through the safety of pool play undefeated. They scored 47 runs in the first four games of the tournament while only allowing six runs to their opponents.

The team advanced to the elimination rounds Sunday and finally tested the boys’ talents.

In the semi-finals, Selma was in a see-saw game against North Charleston, South Carolina.

North Charleston was the only team in the tournament that proved they could match Selma’s offensive fire power.

“I knew that they were a really good team,” Waters said. “Possibly one of the best in the tournament.”

In the bottom of the seventh inning and losing by one run, Selma’s season almost came to an end. The lineup was able to manufacture the tying run, but they needed just one more to prevent North Charleston from getting another chance at the plate.

Jacob Peavy stepped to the plate with runners on second and third base and secured their place in the championship game with a walk-off single over the second baseman’s head and into right field to win the game 13-12.

“The momentum shifted a lot in that game,” Peavy said. “But we didn’t give up, and we hung with it.”

As the team prepared for the final game, a rain delay pushed back the start time.

There was no going back to Louisiana for a rain check. The stage was set for a do-or-die night game for the championship against Hattiesburg, Mississippi.

Waters had a little bit of extra motivation for this matchup. Waters played for Selma back in 1982 when they lost the championship to the all star team from the same city.

Selma was shutout in the first two innings, which was unusual given their offensive output throughout the tournament.

The bats didn’t stay quiet for much longer.

Selma scored once in the third inning, three times in the fifth and twice in both the sixth and seventh inning

Selma won the game 8-3 over Hattiesburg and won the championship.

The goal was achieved and the champions brought the trophy back to Selma to celebrate.

The players came home with a police escort to a crowd of family and community members anxious to celebrate the return of their champions.

“It feels like Selma cares about us,” Selma catcher Xavier Green said at the teams’ welcome back celebration at Bloch Park on Monday. “They really care about baseball and that we made history.”

Community comes out to greet All Stars at Bloch…