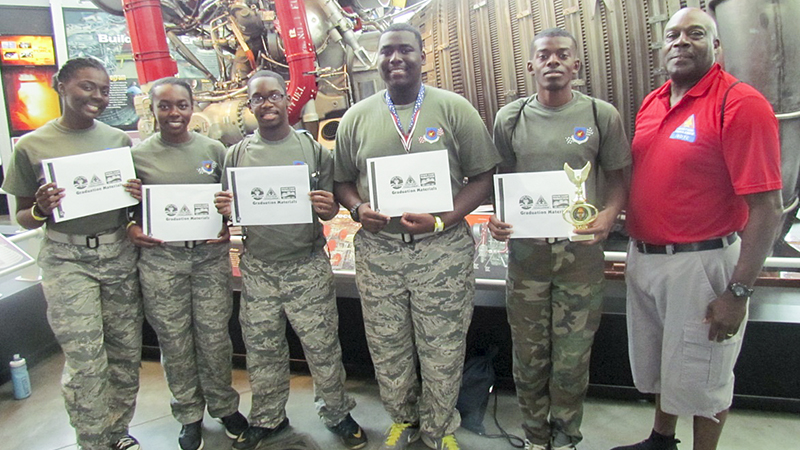 By MAYA SALONE | The Selma Times-Journal

They attended Summer Leadership Schools at Fort McClellan in Anniston May 29- June 2 sponsored by the Alabama National Guard.

Another group of cadets attended the JROTC Aviation Challenge Cadet Leadership School June 6-10 at the United States Space and Rocket Center in Huntsville.

The cadets at both camps captured numerous leadership and performance awards.

“It was interesting. I’ve never been to one before but it showed me a lot about how the military operates, and it showed me what to expect when I join the Air Force,” sophomore Dondi West said. 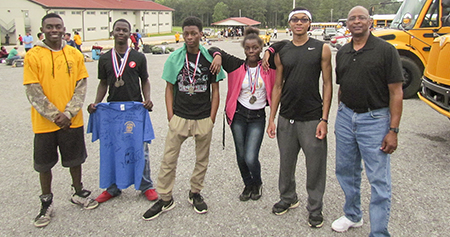 Fort McClellan played host to more than 500 cadets representing all military services from JROTC units from across the state.

“We were all mixed up. The kids were all scrambled, and I met children from all over Alabama. I keep in contact with them. They are really cool and I shared a great experience with them,” West said.

The goals of the camp were enhancing leadership skills, developing discipline techniques through physical and mental challenges and inspiring academic excellence.

The cadets attending the Aviation Challenge distinguished themselves also by capturing top camp awards in the areas of leadership, while meeting challenges in aviation and space technology and improving team building, decision making, and survival skills.