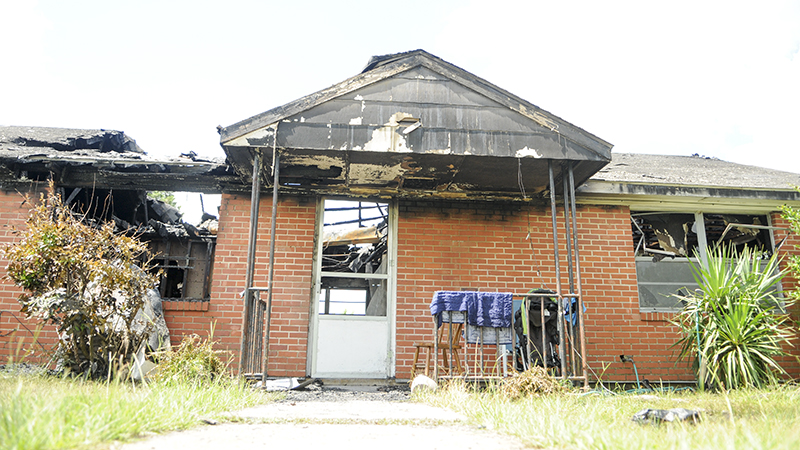 A duplex on Avenue A in Craig Field was set on fire late Monday night with a fire bomb. Timothy Rubin, 37, has been charged with arson in the case. (Blake Deshazo | Times-Journal)

A 37-year-old Selma man is behind bars for allegedly throwing a fire bomb through the window of a Craig Field duplex late Monday night and setting both sides ablaze.

After hours of searching, Timothy Rubin was arrested Tuesday morning by the Dallas County Sheriff’s Department and charged with first and second-degree arson.

“You could see the flames from miles away. That’s how big the fire was,” said Captain Mike Granthum. “Just by the grace of God no one lost their life.” 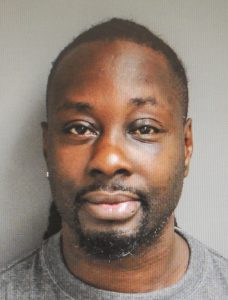 Timothy Rubin, 37, has been charged with arson for allegedly setting his ex-girlfriend’s and her neighbor’s duplex on fire Monday night.

According to Granthum, the apartment Rubin set on fire around 9 p.m. belonged to his ex-girlfriend, who was not home at the time, but it wasn’t just her home lost in the fire. Shannon Jackson was home with two children on the other side of the duplex when the fire started on Avenue A.

“I just had to watch it burn,” she said as she remembered the flames that engulfed her home.

Jackson said she knew something was going on next door when she heard Rubin banging around next door but had no idea what would come of it.

“He was over there just tearing her house up,” she recalled. “I walked outside twice. The second time I walked out he drove off.”

Several minutes later Jackson walked outside for a third time, and that’s when the blaze started.

“I came out and sat right here on this seat. I was hearing noises but I didn’t know where it was coming from. It was dark,” she remembered. “Something just flew past my face, and it hit that window right there.”

The next thing she remembered was the duplex going up in flames.

“At first, I didn’t know what it was, so I ran into the house,” she said. “Then when I peeked through, the fire was coming, and it was getting hard for me to breath. I yelled in the house get out, get out.”

Jackson and the two children made it out safe and sound, but as a result of the fire, they lost nearly everything. She was able to save a few small items and a bed, but most of her belongings were not salvageable.

“I’m torn on the inside. I lost it all,” she said. “I understand it’s material things, but I worked for what I’ve got. It was all I have. I’m lost for words.”

Granthum said the Selma Fire Department and Craig Field Volunteer Fire Department battled the fire and saved what they could, stopping it from spreading to other nearby homes. The Alabama State Fire Marshal is investigating the fire to determine what was used to start the blaze.

“We’re still tracing evidence. We believe he may have stopped at a local gas station,” Granthum said.

Granthum said Rubin was identified by neighbors that saw him set the home on fire.

“There was a neighbor that could positively identify him through a photo lineup that he was the subject who threw the incendiary device through the window,” Granthum said. “These witnesses were key to this arrest.”

Jackson said she has gotten assistance from the American Red Cross in Selma. Anyone else interested in helping out with clothing or donations is asked to contact the Dallas County Sheriff’s Department.

Granthum said Rubin and his girlfriend had a history of issues between them.

“It’s sad that somebody that has nothing to do with him whatsoever is out of something. It’s nothing that couldn’t be settled with some type of conflict resolution,” Granthum said.