The 15U Selma all-stars to play for World Series 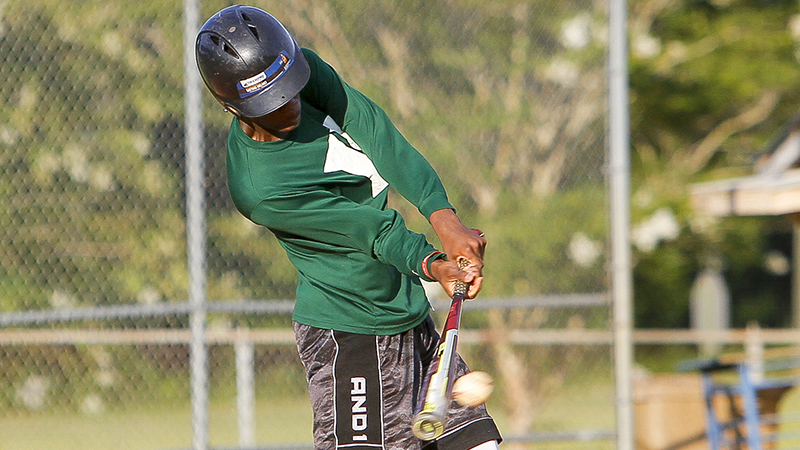 Dreams are tricky things. Day dreams float in as our minds wander aimlessly from cloud to cloud. When we sleep, our subconscious conjures up memories, fears, omens and ideas without any sense of control or direction.

Some dreams come and go like a breeze that you felt, but never saw or held. A few flash before our eyes like unmarked polaroid pictures found in an attic.

But for a baseball player, the dream of winning the World Series never fades away and the 15U Selma all-star team is within reach of making that dream a reality.

The all-star team, led by head coach Ricky Waters, will travel down to Independence, Louisiana, and face strong competition from across the Southeast in the 2017 Dixie Baseball World Series from July 20-23.

Coach Waters’ dedication to this team hasn’t gone unnoticed. Former NL CY Young winner, two-time World Series Champion and an all-star parent Jake Peavy praised Waters and his assistants, Richard Davis and Jason Foti, for the work they put in to get this team prepared for the World Series.

“The group of coaches set such a strong example of being unselfish,” Peavy said. “That’s what’s inspiring to me. When parents and hard-working people give their time up to go spend it with a lot of other children.”

After completing their regular season, the team had to get through the Dixie Baseball Alabama state tournament. Eleven teams entered pool play, but only six made it to the double-elimination championship round.

Selma won their first game of the tournament 7-5 against Wiregrass Red and wrapped up pool play with an 11-1 victory over East Montgomery.

The pressure of the elimination rounds didn’t bother them all as they took out an undefeated Goshen team 7-1.

The win over Goshen advanced the team to the finals. However, they weren’t the only undefeated team left. Tournament host, Eufaula, was also perfect heading into the championship game. They scored more than five runs in each of their previous games, including a 16-1 beat down on Beulah.

The title match ended up being a cakewalk for Selma as they shutout Eufaula 24-0 and getting one step closer to that dream.

The 15U team is the only Selma team to clinch their spot in a World Series tournament this summer. This will be this teams’ second consecutive trip to the World Series. Last year, a team dropped out and a slot opened up for Selma.

“To get that invite to go when the other team backed out, the kids were just super excited,” Waters said. “And I think they may be more excited this year because they won it outright.”

The difference between last year’s team and this year is the pitching depth. The all-stars added 3 pitchers to this year’s roster and that crucial adjustment has helped carry them to this point.

But with the tournament not starting until July 20, that is a long time to sit and wait.

After Independence Day, the boys got back to work training and grinding for that dream.

The week before they depart, Waters entered his team into an American Legions state tournament in Pelham for a quick tune-up.

“We took a week off for the week of the fourth, and we were a little rusty getting started with our bats,” Waters said. “But I think we’ll be fine. We’ve gotten better with each day we’ve practiced.”

The rust showed in the first game, as they began pool play with a 7-5 loss to Dothan.

“We should’ve won that game probably 5-2, but we had seven errors in that first game,” Waters said. “But they pulled it together in the second game.”

After that abrupt wake-up call, the team battled back from a 3-1 deficit to defeat Hueytown 13-4 this past Friday.

“As the game progressed, we got back in a rhythm and continued to produce runs,” Waters said. “After the second game, they felt a lot better. They knew we didn’t play our best [in the first game]. Everybody picked it up and they all came together that second game as a team and played well.”

Since they hadn’t played in a tournament game since June 18, Waters was pleased with his offensive production during day one.

The team advanced to the semi-finals, but rain postponed the games another weekend. The team will drop out and focus on the World Series instead. They were two wins away from winning a second state tournament.

Easing the team back into action before the World Series may prove to have been a good decision for the all-stars, because Waters knows that the path to the championship will be tougher in Louisiana.

“This Dixie World Series will probably be stiffer than this,” he said. “I think our boys can compete with any 15-year-old around. Our biggest downfall is coming together as a team and that’s what we work on every day.”

The coach has no doubt in his players’ abilities and says they are close to being really good if they can gel together.

Coming together will be crucial as the boys are learning that other teams are trying to figure them out as well.

“They’re starting to find out that other teams find their weaknesses too,” Waters said. “As we find other teams’ weaknesses, they understand a little bit more about the game of baseball.”

The 15U Selma all-stars are just warming up and the dream of winning a World Series is starting to become more real as the tournament approaches. The team is excited to hit the road on July 19 and represent their hometown.

“We go down there and win this thing, we’re going to act like they do on TV. Like we won the MLB World Series,” Peavy said.

The team is asking for all the support they can get and is appreciative for what the city of Selma has already done for them so far.

“I would like for the city to be supportive of us as we leave out on Wednesday at 12:30 p.m. for a send-off group to show our players they have the local support from the community,” Waters said. “It’s been phenomenal for the help that we’ve gotten from the city to help us take these boys on a lifetime dream.”

20 Under 40: Jackson was inspired to enter education…