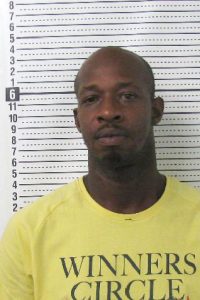 Simmons is charged with attempted murder and second-degree assault, which stem from an incident on July 4 on the 1200 block of Alabama Avenue.

Simmons was booked into the Dallas County Jail on bonds totaling $75,000, but made bond by Monday evening.

According to King, Simmons was identified as the primary shooter by witnesses.

The shooting was called in from Vaughan Regional Medical Center, where responding officers found a victim suffering from multiple gunshot wounds from the body around 1:10 a.m.

The investigation revealed the 20-year-old was shot on the 1200 block of Alabama Avenue after the victim and Simmons got into an argument.

The victim was initially treated at Vaughan Regional Medical Center but was later transported to an out of town medical facility.

No further details on the incident have been released at this point in the investigation. It is also unclear if there was more than one victim.

The Selma Police Department is still investigating a drive-by shooting that injured a 26-year-old Selma man.

Selma Police Chief Spencer Collier said the 26-year-old was standing in his front yard on the 2000 block of Broad Street when shots were fired from a car.

The victim was shot in the chest. He was transported by private vehicle to Vaughan Regional Medical Center where he was initially treated before being transported to UAB Hospital in Birmingham.

Congresswoman Terri Sewell’s sixth annual Congressional Job Fair is right around the corner, and dozens of employers will be there... read more