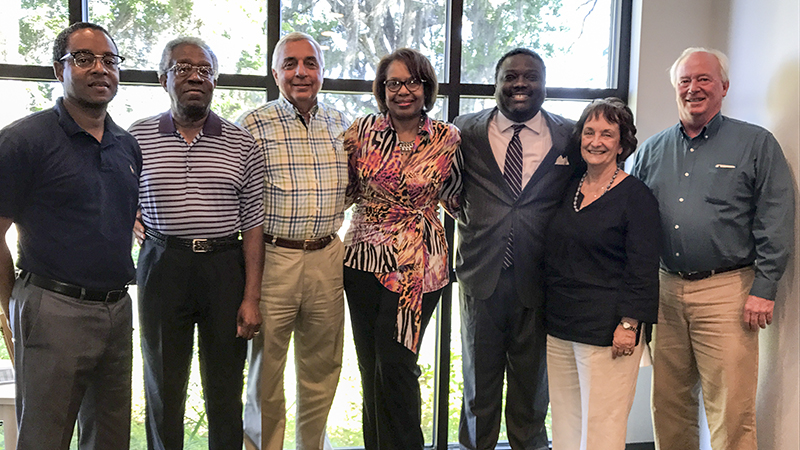 An authority created earlier this year to redevelop downtown Selma hopes to hire a director in coming weeks.

The Downtown Redevelopment Authority is a seven-member board the Selma City Council approved earlier this year to focus on improving and growing the city’s historic downtown.

“We are an authority put together really to help drive downtown redevelopment,” said authority chairwoman Juanda Maxwell. “We work hand in hand with the mayor and city council because we don’t want to do anything that works against what their strategic plan is.”

A hire could be made within the next two to three weeks, according to Maxwell.

The money for a director comes in part from a $300,000 grant the authority received from the Educational Foundation of America.

More than 170 applications from across the country were received for the executive director position.

Alabama Power Company has also provided help in getting the authority off the ground, especially from a legal standpoint.

Maxwell said the authority would be able to focus in areas the city may not have to time or resources to address.

“We are there to assist. We are there to go and do things the city doesn’t have the time, the inclination or whatever to do to drive economic development downtown,” Maxwell said.

As an authority, the SRA can recruit businesses and apply for loans and grants, according to Maxwell.

“We can do about anything that would foster a healthier business environment,” Maxwell said.

An initial focus will be on improving the image of downtown by cleaning up, painting and adding green spaces.

“That’s not big stuff. That’s not rocket science. All these little things we are doing,” Maxwell said. “If you want something to thrive, doesn’t it need to look like we care about it?”

The authority’s ultimate goal after improving how downtown looks will be to go after retail development.

“We have so many irons in the fire on ways to just wake up the downtown and make Selma feel better about Selma,” Maxwell said.

Broad Street gets some TLC from volunteers