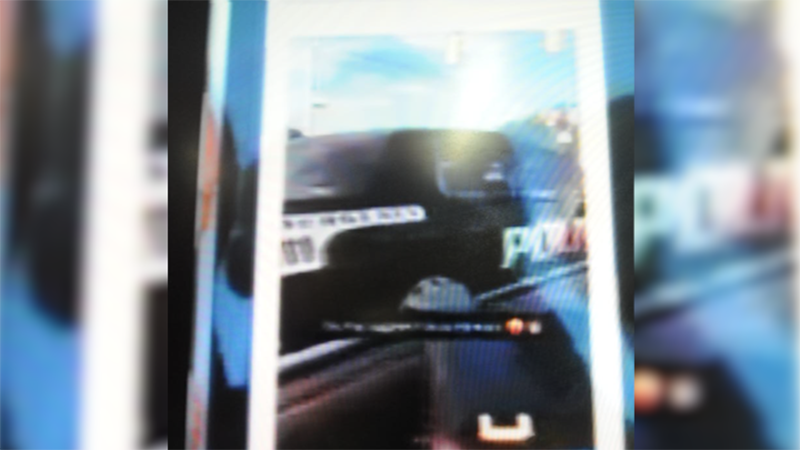 A threatening video showing someone point a gun at a patrol officer with the Selma Police Department is being investigated.

A threatening video showing someone pointing a gun at a Selma police officer’s patrol car has the department on edge.

Selma Police Chief Spencer Collier released the video Friday, and an investigation is underway to determine who is behind the threatening message.

“The video itself is disturbing from an officer’s safety standpoint. It speaks for itself,” Collier said during a press conference Friday afternoon. “From a criminal standpoint, we have more than good reason to believe this is not a joke. In saying that, it’s something we take very, very seriously.”

The video, which only lasts a few seconds, was taken from the vantage point of someone sitting in the back seat of a vehicle stopped at a red light. The video shows a gun pointed at a black Crown Victoria marked patrol car. Collier said the officer is a veteran that works the night shift.

No shots were fired, but Collier said the department is taking the video as a serious threat to law enforcement.

“I am not going to stand by and allow my officers to be targeted. Our response will be calculated, and it will be strong. That’s something I can assure you of,” Collier said.

Investigators with the department’s Criminal Investigation Division (CID) believe this video is a threatening message to police.

“There is an element that is extremely dangerous, we have made a lot of arrests this year that has obviously disrupted some of the criminal on goings here, and what we think this is, is a message to us,” he said.

Collier said the officer the gun was pointed at was disturbed by seeing the video, much like many others within the department, including himself. The officer had no idea what was going on beside him while he was stopped at a traffic light.

“These are the type things we have to deal with on a day to day basis,” Collier said. “If you’ll think for a moment, how would you like to finish your shift or the next day when you report to work and be brought upstairs and be shown this information or intelligence that’s been gathered.”

The video is not the only threat the department has faced over the last few months. An officer was ambushed on Eisenhower Street in March by four people armed with high-powered rifles and handguns. There was also an officer-involved shooting at George Washington Carver Homes in late May, where an officer was fired at.

“Obviously they’re not intimidated by the police. They’re not afraid to shoot at the police,” Collier said. “Which is why we take something like this very serious.”

Collier said he is urging officers to stay alert and be aware of their surroundings while out patrolling.

“They’re well trained in officer safety, but also knowing this is out there will serve as a reminder to our officers and also to neighboring agencies,” he said. “Our number one purpose every day is to make sure our officers return home to their families.”

Making an arrest in the case will be challenging, but Collier said the department is determined to find the culprit.

“We are fully committed to throwing the resources necessary, to not just determine who was involved but to make sure that they are put away for a long time,” Collier said, adding he has requested help from the Alabama Fusion Center.