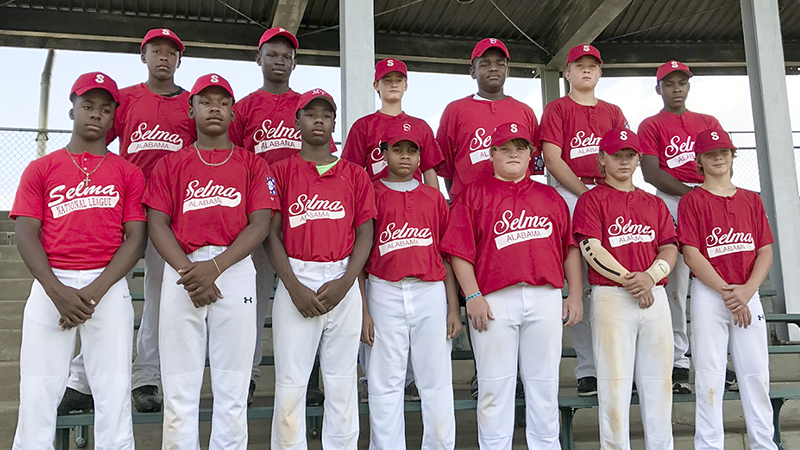 While the professionals are enjoying their time off during this year’s MLB All-Star break, Selma is sending four all-star teams to state tournaments this weekend and another to a World Series.

The 15U Selma team already won their state tournament. They defeated Eufaula last June to advance to the World Series.

Coach Ricky Waters has his team scheduled for an American Legions tournament in Pelham this weekend to keep his team sharp. They’ll have two games on Friday and Saturday, with the championship game held on Sunday.

“This will be a type of practice for us to get prepared to go to Independence, Louisiana on July 20, for the World Series,” Waters said.

The 14U Selma team are traveling to Dothan this weekend for the Alabama Dixie Youth Baseball AAA state tournament. The first game will have a noon start on Saturday.

The 13U team, coached by Jerome Hand, scrimmaged with the 14-year-olds on Tuesday and will also be heading to Dothan. They will be competing in the Alabama Jr. Dixie Youth Baseball state tournament.

Their initial game is Saturday at noon against Troy.

“Last year I coached the 11 and 12’s and we won the sub-district, the district and went to state,” Hand said. “We lost to Troy, so we’re hoping to even the score this time around.”

Coach Jason Rogers and the 12U team are the Ozone district champions and are heading to the state tournament in Andalusia beginning Thursday.

“I think we’ll get down there and win it this year,” Rogers said. “A lot of [players] are returning from last year…I plan on winning.”

The 10U team will face Auburn Thursday at 5 p.m., after opening ceremonies, in the first round of the state tournament in Troy.

“Our boys are geared up and ready to go,” coach Andre Lamar said. “They got tired of practicing. After we won the district tournament, we had about a week off… they’ve been ready ever since then.”

The boys haven’t had many games, none for some, since their regular seasons ended. The coaches have continued having practices to prepare their teams for the upcoming tournaments.

Winning the state championships equals more baseball and the opportunity to travel and compete in the World Series.

The 15U have already punched their ticket in Louisiana. The 13U are playing for the chance to go to Bluffton, South Carolina and the 10U are working towards getting to Oxford for their respective World Series.

20 Under 40: Johnson has passion to make Selma…