Registration is underway for youth football 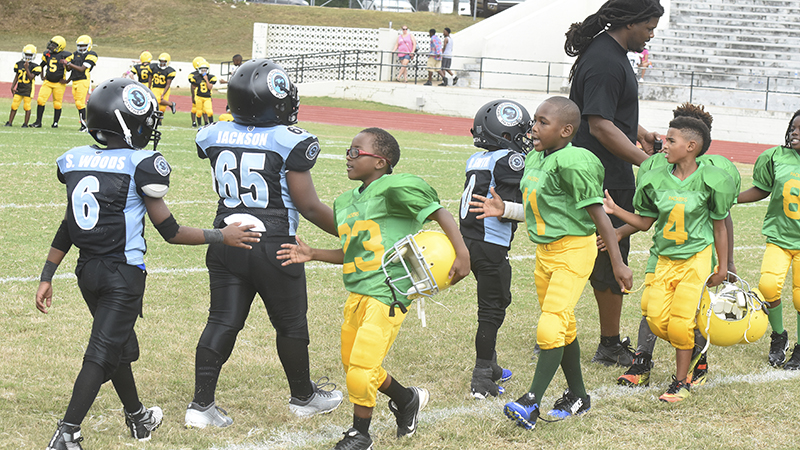 Registration for the Selma Youth Football League continues through Aug. 26.

It’s getting closer to football season, and registration for the 2017 Youth Football League is still open.

The city of Selma recreation department opened registration three weeks ago, and will be open to sign kids up from 8 am to 4 p.m. Monday through Friday at Memorial Stadium. Registration is also open from 8 a.m. to noon on Saturdays until Aug. 12, for those who aren’t able to make it during the week.

This year, there’s an incentive to signing up early. At the coaches’ requests, Jackson will be introducing a player draft for this season for all the registered participants.

“That’s one of the reasons we are asking [players] to hurry up and come out,” he said. “If they aren’t on the draft list, then they will have to go on the wait-list.”

Coaches will get to test their general manager skills as they will have to take turns building their team one pick at a time.

The draft will happen during the third week of August. Players that aren’t registered won’t be drafted and they may, or may not be assigned to a team if they are on the wait-list.

Much like last year, Jackson is expecting kids from not only Selma to sign-up, but also from Orrville, Marion and Uniontown as well.

The draft may not be the only new installation that Jackson brings to the football league this year.

“This year, we are hoping to have an all-star team,” Jackson said. “I hope to encourage kids to hurry up and come sign-up so we can get started practicing.”

There will be a tryout on Aug. 26, and Jackson is aiming for practice to begin either the last week of August or the first week of September.

Players registered after the tryout will be wait-listed.

Jackson said that the players that have already signed up are excited to get started. He still remembers highlights from last years’ playoffs and is intrigued at the possibility of potential upsets happening again this year.

“Last year Uniontown went undefeated in the 11 and 12[year-old division], and lost to Marion in the championship game,” he said.

The league will provide the pads and jerseys, but the participants will be responsible for their own helmets, pants and cleats.

There is a mandatory $10 registration fee per player and the child must be present at the time of registration to be weighed. Parents will need to be able to provide the child’s birth certificate on-site as well.