A Marengo County man wanted since 2015 for the alleged sexual abuse of a child has been arrested. 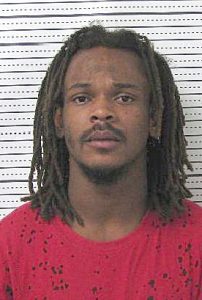 According to Captain Johnny King with the Selma Police Department, 24-year-old Terrance Johnta Sanders was arrested on June 22. King said the department has had a warrant out for Sanders’ arrest since May 2015.

He was charged with sexual abuse of a child less than 12 years old and was booked into the Dallas County Jail. He has since been released on a $30,000 bond.

King said Sanders was captured in Greensboro, where he was detained for unrelated charges to the alleged sexual abuse. He was then transported to Selma.

According to Sgt. Evelyn Ghant, Sanders is accused of a molesting an 8-year-old girl.

“The victim’s mother reported he molested her daughter,” Ghant said.

I did an interview with him, and he denied it. We had evidence that it happened, so I [issued] a warrant for his arrest in 2015.”

“It was a one-time incident,” Ghant said. “The victim’s mother was dating someone related to him, and he [Sanders] came to the house.”

Sexual abuse of a child less than 12 years old is a class B felony in Alabama and is punishable with no less than two years in prison and no more than 20 years in prison, as well as fines up to $30,000.

“Mothers have to be mindful of who they bring in their house,” Ghant said. “You put that trust into people, but you never know when it comes down to it when you have little kids. You have to be extra, extra cautious and pay attention.”

According to King, a person commits the crime if someone 16 years old or older subjects another person who is less than 12 to sexual contact.

According to court records, an arraignment hearing has been scheduled for Aug. 14, 2017.

The Selma Times-Journal has once again been named one of the top daily newspapers in Alabama. The Times-Journal earned third... read more