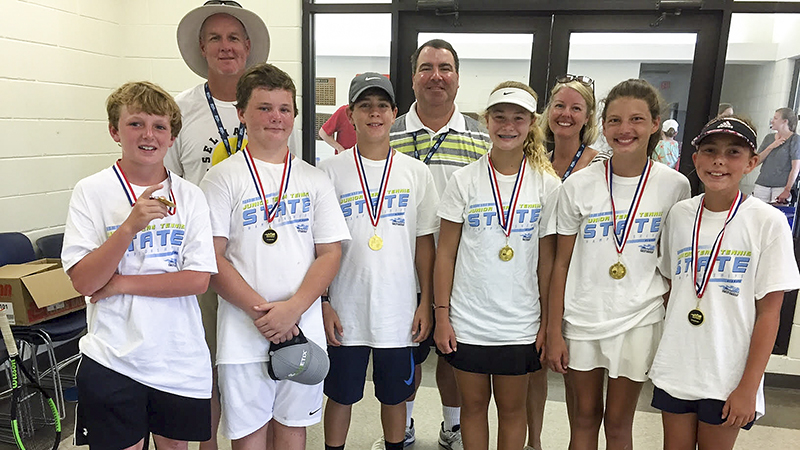 The Selma Junior Tennis Team competed against teams from across the state in the USTA Junior Team Tennis State Championships at the Yarbrough Tennis Center in Auburn this past weekend. 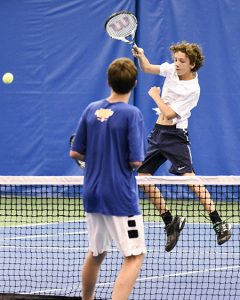 The Selma teams qualified for the state championships earlier this summer in Tuscaloosa. There isn’t a summer tennis season, so this is the one and only shot at the USTA JTT state title and opportunity to advance to sectionals.

The 12U won their division, while the 14U came in second and the 18U finished in third place.

“Winning was great for the 12 year olds. We’re really proud of them,” Baxter Stinson, director and trainer of the Selma Junior Tennis Team, said. “They won pretty easily actually.”

Unfortunately, they were in the beginner division which doesn’t advance to the Southern JTT Section Championships in Rome, Ga., to compete against teams from all over the Southeast.

The 14U team only had two teams to compete against, but the 18U faced a deep field that had impressive lineups.

“For the 18 year olds, we were proud of a third-place finish because the two teams that finished ahead of us were picked all-star teams made up of kids from Birmingham and Mobile,” Stinson said. “Some of these people are big tournament kids that play all across the Southeast and have college recruiters already looking at them.”

Even though they won’t advance to sectionals, the team put up a strong showing on each level.

“It’s a whole team atmosphere. Tennis is an individual sport for the most part and this is a rare opportunity to compete as a team. The only way to do well is for everyone on the team to pull their weight.”

The players weren’t the only one’s pulling their weight according to Stinson. Parent assistant coaches Becky Youngblood (12U), Paul Garner (12U), Keisha Wilson (14U), and Stacy Adams (18U) were integral parts of organizing and transporting the team.

USTA JTT provides an opportunity for kids to continue playing tennis through the summer instead of waiting for the school season to return.

“One of the reasons we like Junior Team Tennis is because it gives us a chance to play almost a whole high school season in a weekend. Because you play six or seven matches in three days, where it would take you weeks’ worth of playing tournaments to get that kind of experience,” Stinson said.

20 Under 40: Hasberry works to make difference through…