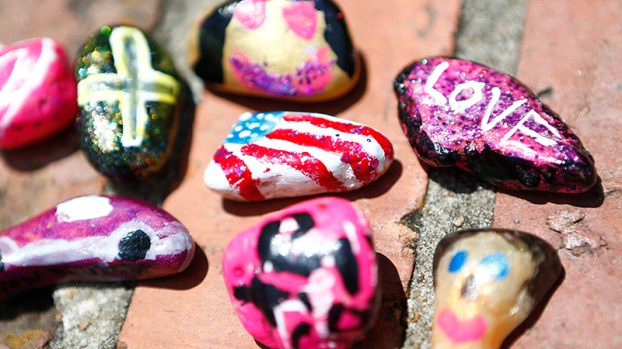 Painted rocks can be found all over Selma that people can keep or hide again.

Group paints, hides rocks around Selma for people to find

The Selma Rocks craze has just begun, and the group already has plans to grow.

Selma Rocks is an organization that hides creatively painted rocks all around the city for both tourists and locals to find.

Marie Mahan and her daughter Deanna have a personal connection to rock painting. 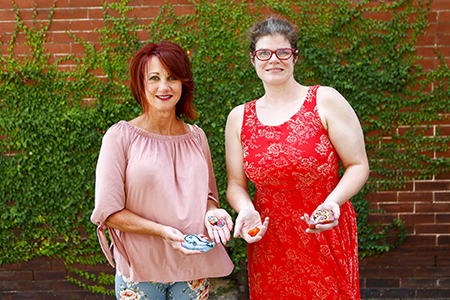 Cindy Anderson and Mary Hodo show off rocks they have painted and later placed around the city.

Another woman on the Selma Rocks team, Cindy Anderson, said she found a rock while going through a tough time and considered it a blessing.

“Well personally, I live in Selma, but I work in Prattville. Prattville has the Prattville rocks going on there, and I was unaware of what’s going on back in during Christmas time,” she explained. “I found a rock in Prattville after the Christmas Parade was over. When I found that rock that somebody had put out I was like ‘oh that’s such a blessing’.”

Trea Newsome had the idea to form a group to hide the rocks around town, and Selma Rocks was created.

“He is awesome. If it wasn’t for him our group wouldn’t have gotten together,” Mahan said.

There are now five women involved and one man in the rock painting and hiding team. 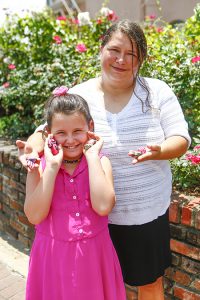 “A lot of us women were painting rocks and putting them out, but we all thought we were the only ones,” she said.

Mary Hodo, who is new to rock painting, loves working the Selma Rocks because it allows her to better the community.

Cindy considers herself to be that “one person” for Prattville Rocks and hopes to help people in Selma.

The ladies said they would love to have more community involvement, and if people would like to get in touch with them to find “Selma Rocks” on Facebook.

“We are thrilled beyond belief, and the more people that can get involved the better,” Hodo explained. “The more inspiration and hope that this can bring to the community in a unique and fun way, the better.”

Lanny Harrison has been with the Selma Fire Department for the last five and a half years. While a lot... read more