‘Not the Selma I grew up in’: Community reels from shooting of student 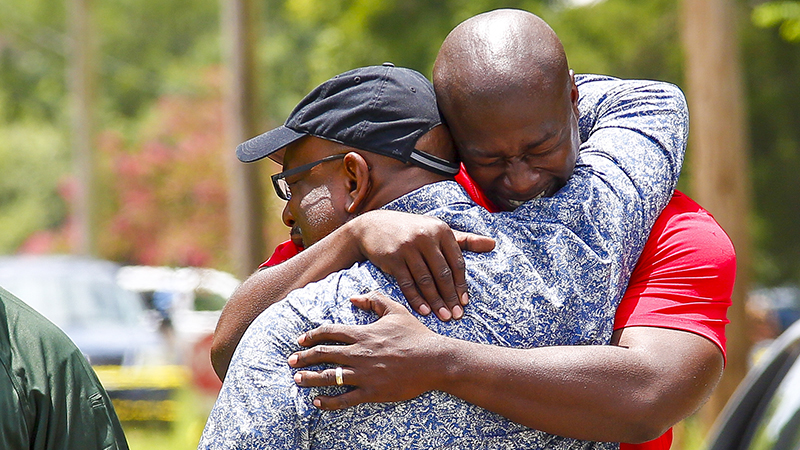 Pastor Gary Crum, headmaster at Ellwood Christian Academy, and Eagles head basketball coach Darrell Walker embrace each other in a hug Monday after hearing the news of 17-year-old Christopher Devon Lee’s death. Lee was a student and basketball player at Ellwood and gunned down on Washington Street. (Photos by Alaina Denean Deshazo)

A Selma teenager has been arrested for capital murder after a 17-year-old was killed in a drive-by shooting Monday morning.

Markel Collins has been charged with capital murder and is being held at the Dallas County Jail without bond. 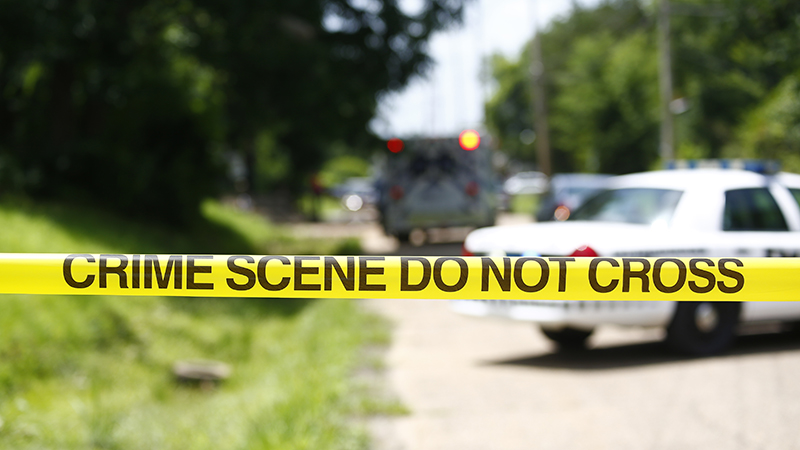 Markel Collins has been charged with capital murder and is being held at the Dallas County Jail without bond.

The fatal shooting is believed to be the result of retaliation. While conducting interviews, Neely said investigators learned the house Lee was shot and killed at was also shot up several hours earlier around 3 a.m.

Carlos Hunter, 34, has been arrested and charged with discharging a firearm into an occupied dwelling in the Matthew Lane shooting. Neely said more arrests are expected to be made in the death of Lee.

No one was injured in the earlier shootings on Washington Street and Matthew Lane.

Police have no evidence Monday that Lee was involved in the earlier shootings.

“At this point he [Lee] is simply a victim,” Collier said. “A 17-year-old man whose life was stolen from him.”

Lee was a student at Ellwood Christian Academy and a member of the Eagles basketball team. Pastor Gary Crum, who knew Lee since birth, found out the tragic news Monday from the school’s basketball coach, Darrell Walker. As Crum arrived on the scene, he embraced Walker in a hug.

“Chris was your average Selma kid with dreams and with a promising future,” Crum said. “It’s just so unfortunate. This has got to stop. When I was 15, I was working. These kids need jobs, they need hope. This is not the Selma I grew up in.”

Lee helped the Eagles make history for the school’s basketball program this past season by making it to the Central Regional Finals in the Alabama High School Athletic Association playoffs.

“He had one of the biggest hearts I’ve ever been around. He wasn’t afraid of the big moments,” Walker said of Lee. “When our backs were against the wall, he was the type of kid who was going to step up and do his best. It showed at Alabama State, when the lights came on he was ready to perform.” 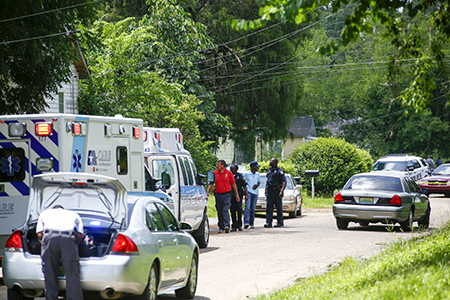 The fatal shooting is believed to be the result of retaliation.

Lee scored 19 first half points in the Eagles’ 1A Central Regional semifinal victory against Notasulga. He finished the game with 26 points and 13 rebounds.

“I look at all these kids like they are my sons and my son is always around them, so he looks up to him, and I had to break the news to him and he fell down crying,” Walker said. “Anyone who came in contact with him, if you met Chris Lee, you knew this kid was destined for greatness.”

Walker said he plans to dedicate the upcoming basketball season to Lee, and he also hopes Lee’s death serves as a reminder to others.

“This is a lesson for other kids. If you are going down that wrong road, this is not the road to go on. It only leads to two places and that’s prison and the graveyard,” he said.

Lee’s death marks the fifth homicide in Selma, and the sixth homicide with county and city homicide cases combined.

Teen charged with capital murder in death of 17-year-old