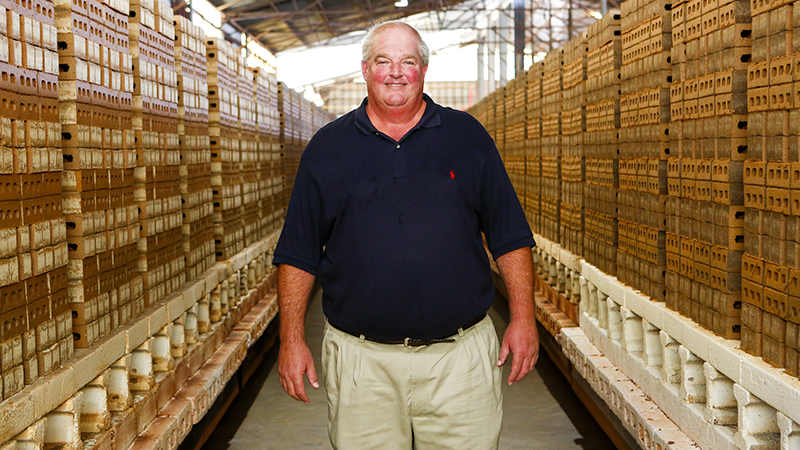 Davis Henry and his family now oversee the family business started by his family more than 75 years ago. (Photos by Alaina Denean Deshazo)

Henry Brick Company, a family-run business now on its third generation, has been making bricks since 1945.

The company was founded by J.D. Henry, who was in the timber business but decided to get into making bricks after traveling to Georgia and seeing new kiln technology. He built the kiln, which is used to fire the bricks, and the rest of the facility where it still sits today on Water Avenue just past the Cecil Jackson Bypass. 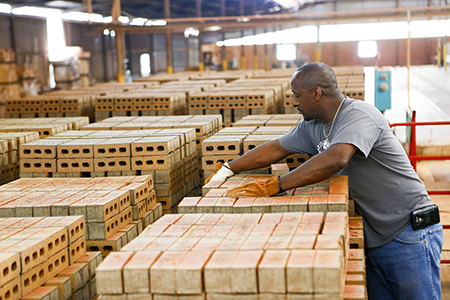 “To know that you’re the third generation of a business, it’s really neat, but in some senses, it’s a burden too because you want to try to figure out how to get it to the fourth generation,” said Davis Henry. “You want to leave the legacy your grandfather started for the next generation, and hopefully we’ll be able to do that.”

There are two plants at Henry Brick — the original one, which was redone in 1978, and the second one, which was built in 1978. The company has been a one-plant operation the last nine years until plant two opened back up in spring of 2017.

“Last year, we shipped 56 million brick roughly, so we still have a long way to come back. Our capacity here is about 116 million modular brick, and so we’re still at a little over half capacity,” Henry said.

“Some of what we’re starting to run into is shortage issues, which is a good problem to have, so we’re trying to run plant two when we can. We ran it for six weeks during March and April and took it down because we had to do some work. We started it back up last week, and we’ll just see.”

Henry said the brick business has been tough over the last decade, but things are looking up. 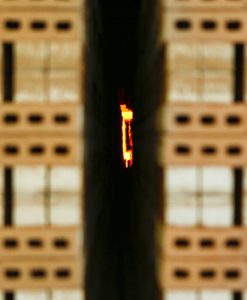 “The building industry was wide open through 2006, and then it started slowing down in 2007, so in 2008 we shut plant two down, and we became a one-plant operation,” he said. “It’s getting better. Our ultimate goal would be to get back to 116 million brick a year. We’ve still got a ways to go, but the economy is looking better.”

There are two different ways to make bricks, either extruding or a soft-mold or wood mold process. Henry Brick uses the extruding process to produce mainly face brick, which is used on the exterior of homes or buildings. Henry said 75-80 percent of the bricks made in Selma are used residentially, while 20-25 percent is used commercially. Davis said the average two or three-bedroom home takes around 18,00 to 20,000 bricks to build.

“Dad always said at the end of the day it’s fun to make something,” Henry said. “To have something that you’ve produced that leaves your facility and you see it on schools or office buildings or houses, it is neat to know that you’ve made something that people that enough of that they want to put on the exterior of whatever they’re building.”

The bricks are made from mainly two different materials, clay and shell.

Once one pound of water per brick is added, it’s extruded and cut into a column, which is then cut into bricks. The bricks are eventually brought into the kiln, which is heated up to 2,050 degrees.

“When they leave the drier they’re about 400 degrees, and then we ramp them up to 2,050 degrees,” he said. “Then you take them back to the cooling process, and once they’re cool they leave the kiln.”

From there, they wait to be unloaded, put into inventory and picked up by distributors. Bricks from Selma go as far west as Texas and as far north as the Carolinas. Around 70 to 80 percent of them are used in Alabama and the surrounding states, while the rest go to the outlying states.

While Henry Brick has been around for quite a while, Henry foresees the need for bricks to continue.

“Once you build a brick house you’re through,” he said. “You never have to do anything with it for hundreds of years, so I would think that as long as we continue to do a good job producing a product that people want and can depend on, I think there will always be a place for brick.”

One of the reasons the business has been successful and able to stick around all these years is the name and the work the first two generations put into it.

“Henry Brick has been able to succeed because of the work of my grandfather, my father and uncle and the name they made for the business. As in anything else, particularly in manufacturing, you’re only as good as your reputation,” he said.

Something else that has kept the bricks moving is the relationships they have built with their customers.

“We talk about it a lot how important the relationship side of it is, so our customers are not only our customers, they’re our friends,” Henry pointed out. “They’re people we enjoy doing business with, that we want to go see, so it’s a true partnership.”

Henry hopes to see the business stick around in Selma for as long as it can, and he they mean as much to Selma as Selma means to them.