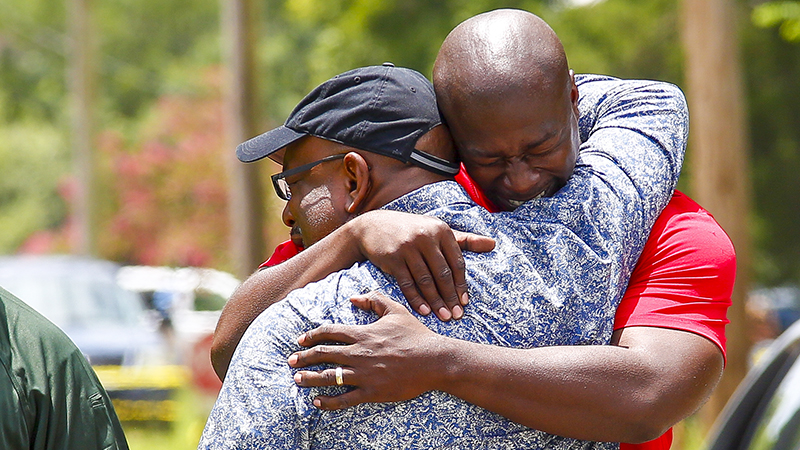 A Selma teenager that was shot and killed Monday morning has been identified by authorities.

The shooting happened on the 1500 block of Washington Street behind Payne Elementary School between 11 a.m. and noon.

The shooting is still under investigation. Selma Police Chief Spencer Collier said it appears to be a drive-by, but details are limited at this time. Investigators are still piecing together information and conducting interviews to determine exactly what happened.

Lee was a student at Ellwood Christian Academy and a member of the Eagles basketball team. Pastor Gary Crum, who knew Lee since he was born, found out the tragic news Monday from the school’s basketball coach, Darrell Walker.

“Chris was your average Selma kid with dreams and with a promising future,” Crum said. “It’s just so unfortunate.”

As Crum arrived on the scene, he embraced Walker in a hug.

“This has got to stop,” Crum said. “When I was 15, I was working. These kids need jobs, they need hope. This is not the Selma I grew up in.”

Crum said Lee was a star athlete at Ellwood and had a lot of athletic potential.

“This is heart-wrenching,” Crum said. “Now I’ve got to go tell his grandmother.”

Lee’s death marks the fifth homicide in Selma, and the sixth homicide with county and city cases combined.