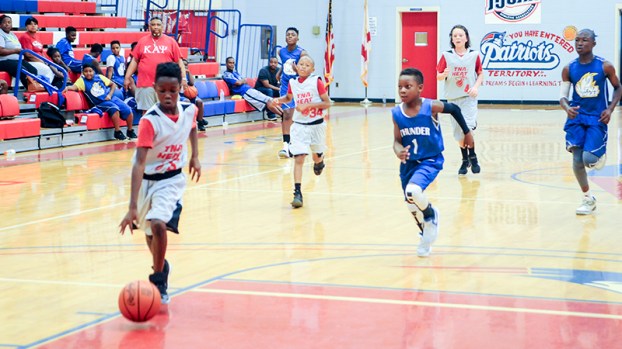 The TNA Heat organization hosted its fifth annual Selma Invitational on Saturday with a 9 a.m. tipoff.

Wallace Community College Selma and Selma University gyms were both used to host the invitational. Several teams from across the Black Belt area participated.

“The invitational is a great opportunity for the residents of Selma and the parents of our players to get to see the kids play,” TNA Heat vice president Letti Hasberry said. “We travel so much and sometimes parents are not able to travel with us, and this is just a perfect chance for them to see first hand what their child can do.”

The invitational will last for two days. Children of all different age groups participated. The cost for the tournament was $10 for Saturday and $7 for Sunday. Weekend passes were sold for $15.

Every game consisted of two 20 minutes half. Official referees were on hand to officiate the games. Several members of the organization assisted with the selling of concessions.

The money generated from the tournament will be used to assist the teams with expenses for while traveling and playing in different events.

The TNA Heat organization is design to give kids that are in middle and high school a chance to play competitive sports after their school’s season is over with. The organization has teams for most aged groups. There are teams for both boys and girls.

All teams travel to different parts of the state to play in games as well as tournaments. The Selma Invitational brought many teams from the areas in which Selma travels to.

TNA Heat sees this as a way to help the Selma community,

“Many people travel with their teams to Selma, and they help our local economy,” Hasberry said. “They eat and shop here, and that puts money back into the city.”

By Justin Smith | The Selma Times-Journal Christopher Raymond is bringing over 15 years of football coaching experience to Selma... read more