River to crest at 43 feet 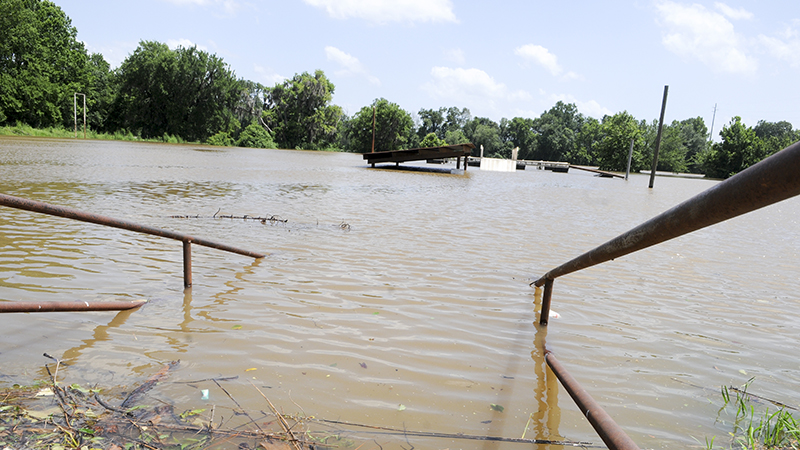 The Alabama River is expected to crest Sunday afternoon at 43 feet.

The Alabama River at Selma is expected to crest later this week at just under 43 feet. The flood stage is 45 feet.

According to the National Weather Service, the river was 41.27 feet Saturday morning.

The river is expected to crest Sunday afternoon at 42.9 feet. By Thursday, the river should be back below 25 feet.

The last flood was in December 2015, when the river reached 49.58 feet on Dec. 28. That crest flooded the Sand Bar Restaurant and caused water to flow into the Selma Country Club golf course, Bloch Park and parts of Selmont. It was the 13 highest crest in recorded history.

The highest flood was in March 1961, when the water reached 58.35 feet. There is a marker at Bloch Park noting the high watermark.