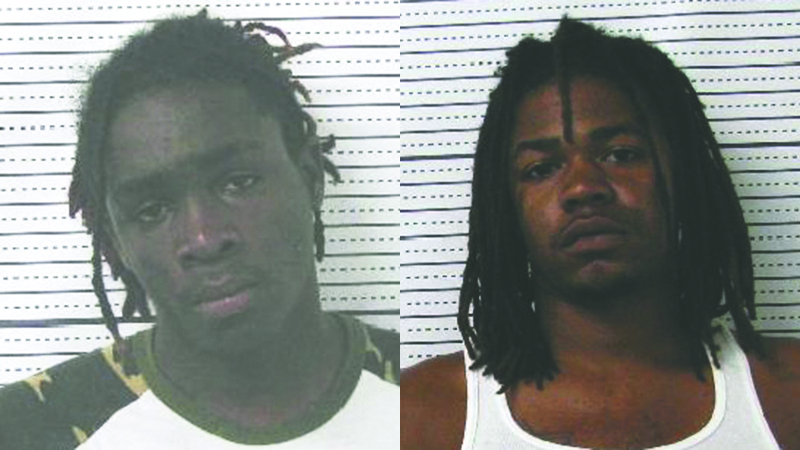 Christopher Boswell (left) has been charged with capital murder in a January death, while Demarcus Dillard is also wanted in connection with the crime.

An 18-year-old man has been arrested and charged with capital murder in the death of a 23-year-old Selma man that was found shot to death in a car in January.

“We’ve got a warrant out on him for capital murder, so he is wanted,” Neely said.

According to Neely, Boswell was identified as a suspect in the case by someone claiming to be there when Bell was gunned down in the front seat of a car.

“Through investigations, we had one party to admit that they were there, and they gave us all the information on who else was there,” Neely said.

Bell was found shot to death in a car on the 100 block of Lamar Avenue on Jan. 14, 2017, around noon. He was in the front seat of a Mercury Marquis and died from multiple gunshot wounds.

As investigators looked over the scene, a crowd of people gathered in Old Live Oak Cemetery to watch the investigation. Several people observing the scene recalled hearing gun shots early that morning in the area, but they were not sure if it was related to Bell’s death.

Neely said Boswell was given no bond at the request of District Judge Bob Armstrong.

This was the first homicide of 2017. There have been four in the city’s jurisdiction and one in the county’s. The city’s second homicide was on April 14 when 31-year-old Christopher Cooper was shot after a fight broke out at a party on South Avenue. Cooper died three days later in the hospital. Edree Williams, 32, was arrested and charged with murder in the case.

The third murder happened on May 5 when 62-year-old Charlie Sanders was robbed and shot in the head on Tremont Street. The city’s fourth homicide happened on May 11 when 37-year-old Alicostro Romero Moore was shot and killed at Selma Square Apartments in an ambush.

At least one arrest has been made in all of them except for Sanders’ case.