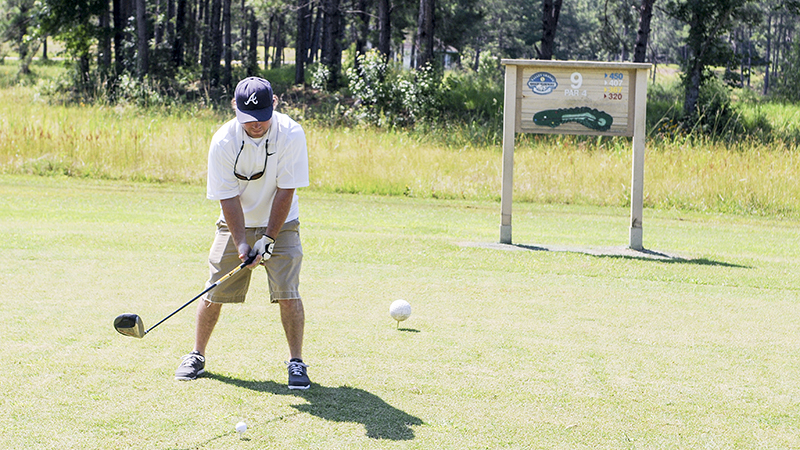 Lee Harris tees off in a charity golf tournament Saturday to benefit St. Jude Children’s Research Hospital and Shriners Hospitals for Children. The tournament was put on by the Masonic Lodge Organization.

The Masonic Lodge Organization of Selma put on a golf tournament Saturday to benefit two charities that strive to change children’s lives.

St. Jude Children’s Research Hospital and Shriners Hospitals for Children were the lucky charities that were chosen to receive funds from the tournament.

To beat the summer heat, the golf tournament began at 9 a.m.  at the Valley Grande Golf Course.

“This all about having some light-hearted fun while playing a game of golf,” senior deacon Nicholas Burmer said. “We are grateful that people have come out to support the tournament and the charities that we are trying to help.”

All of the participants were divided into teams of three. A total of eight teams participated in the tournament.

The organization also donates money to women who have lost their husbands.

With a nice size golf course to play upon, the organization is looking to expand the number of teams that participate in their next tournament.

“We hope that our numbers will increase in the near future so we can donate as much money as possible to the charities that we help out,” Burmer said.