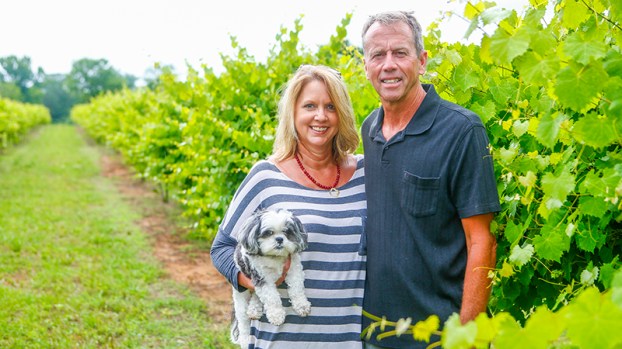 Tim and Vickey Letson have opened a vineyard near the Dallas-Perry county line.

Tim and Vickey Letson visited the Napa Valley ten years ago and the idea came to them to turn part of their land just outside Dallas County into a vineyard. Five years later they did just that with Log Cabin Vineyard.

“The original idea came from about 10 years ago [when] we spent a week out in Sonoma in the Napa Valley,” Tim said. “We went through all the winery’s out there and when we saw everything it was all non-corporate, mom and pop shops. So we had the idea then. So five years ago we decided to give it a shot.” 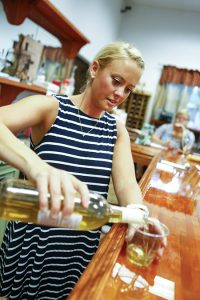 The idea for the vineyard was inspired by a trip to Napa Valley 10 years ago.

The two decided to go for it and plant some grapes, and they have learned the ins and outs of the business since.

“We put in the first row of vines. They seemed to grow well except for the deer, so that’s when the fence went up after that to keep the deer out,” Tim said.

“For the past five years, we’ve just been adding. A year and a half ago we turned [a barn] into a winery.”

Vickey said she enjoys having the people come out there and visiting and trying the wines.

The couple has more than 200 acres of land, and three of those are dedicated to the vines with around 1,000 vines and nearly 10 different grapes.

And that includes nearly 15 different wines.

Tim said although three acres may not seem like a lot, it is when every vine has to be hand pruned, the grass has to be cut and the grapes have to be picked. After trying to pick grapes himself, he eventually hired some people to help him out during the grueling summer months of picking.

“I tried picking myself up front, and I just can’t do it,” Tim said.

“From July to September, the vineyard just works you to death with all the picking part of it.”

Once the grapes have been picked, it’s time to start the process of making the wine.

“Once you leave the vineyard is the winery,” Tim said. 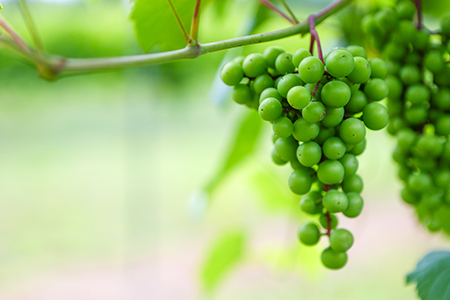 About 15 varieties of wine are made at Log Cabin Vineyard, where 10 different grape are grown.

They have a machine that crushes the grapes and they eventually end up in specialized containers from nine months up to a year. A lot more goes on between cleaning and eventually bottling the wine.

Tim said they’ve had a long learning process, and may have even had a few bottles to blow the corks out early on, making quite the mess.

Tim said while he’s out there cutting the grass, he’s always picking grapes and eating them, and said that’s his favorite part of it all.

“The solitude is the good part,” Tim said. “I do 90 percent of the work, the vineyard stuff myself other than the picking.”

Besides learning the process, the two have had to learn what kind of wines people like, and they have concluded that sweet wine is the winner in the area.

“There’s a lot of opportunity, the big thing is just finding what people like,” Tim said. 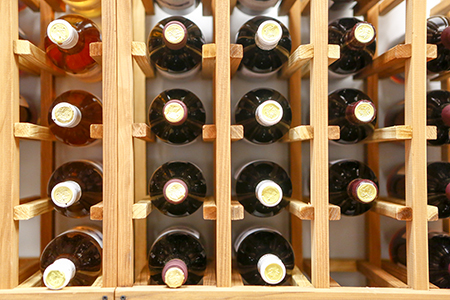 The vineyard is open Fridays and Saturdays.

Tim and Vickey, who currently live in Pelham, first bought the land in 2004 with no intentions of it turning into a winery, but they are happy with where they are headed.

“The land was used for hunting and four wheeling with the kids, then they outgrew it and didn’t want to come down here so we decided to do this,” Vickey said. “We’ve gotten a lot of word of mouth business and that’s helped.”

They opened to the public in October, and have had many people stop in to try wines and check out the place.

“The first couple of month everybody that came by wanted to stop and see, so it was really busy, now it’s tapered off so we’re looking to find a distributor so we can hit all of the restaurants and retailers,” Tim said. 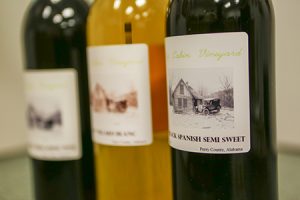 The vineyard is located past mile marker 18 on Alabama 219.

Tim said they have a license to manufacture and sell out of the building, but to sell the product in restaurants and retailers, they have to use a distributor.

Tim and Vickey said they hope to work toward having events at the vineyard as well.

“I think that part would be fun,” Tim said.

The vineyard is located just past mile marker 18 on Alabama 219.

Log Cabin Vineyard is open Fridays and Saturdays from 10 a.m. until 6 p.m.

All of the wines are $8 a bottle and it’s free to taste the wines.

Joyce Christian may never find a unicorn, which she has always loved so much she named her Marion Junction farm... read more