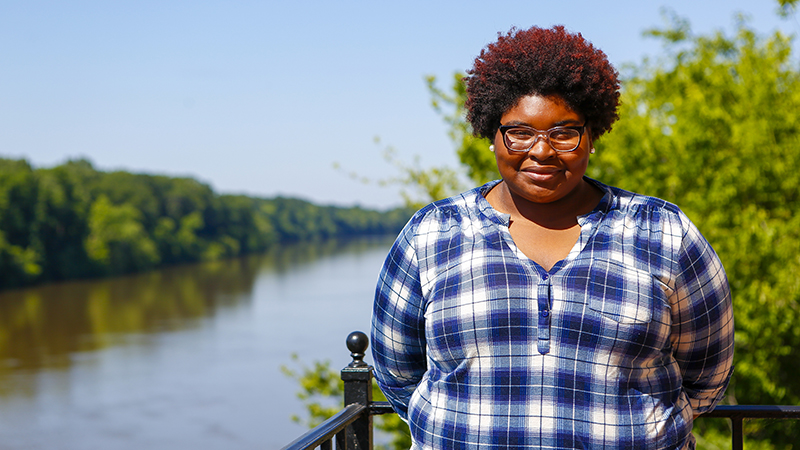 Alexis Butler knew at the age of 8 that she wanted to build her own house one day, but it wasn’t until later in her life that she decided she for sure wanted to chose architectural engineering as her career path.

The Southside High School 2017 valedictorian is currently attending Wallace Community College Selma and plans to attend the University of Alabama in the fall to pursue her dream of one day designing homes.

Butler graduated from Southside last month with a 4.01 grade point average and was offered scholarships to several colleges, along with a $2,000 scholarship from the Bama Club. She was a member of the Beta Club and National Honor Society during her time in high school.

She is the daughter of Natalkka Butler and Leon Butler.

When Alexis found out she was the valedictorian, she was shocked, not having worked to achieve that feat.

“I was surprised,” she said. “I didn’t work too hard. I just did my work, I studied a lot and hoped for the best when I did my tests.”

To begin with, Alexis wasn’t too happy to be named the top student in the school, but the idea warmed up to her as graduation grew near.

“At first I wasn’t [excited], then when graduation started to creep up, I was getting more and more excited,” Alexis said. “I never thought I would be valedictorian. I was just surprised.”

Alexis said she is excited to get to the University of Alabama and get to work on the next step of her life.

“College to me is a big step in my life. I think me going to college will help me,” she said. “I’m excited and nervous at the same time because I don’t know how it’s going to be. I don’t know if I’m going to struggle or just get in to it. I always push myself and motivate myself and tell me I can do it.”