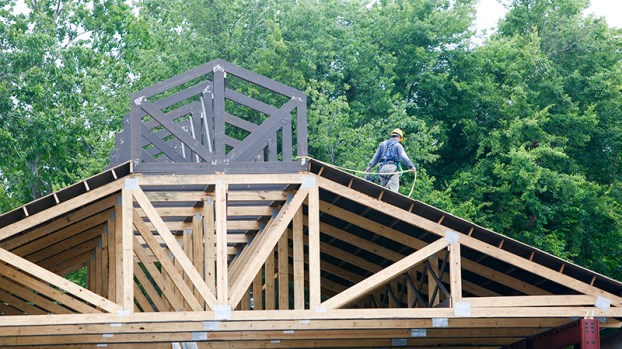 Driving down Water Avenue and Church Street, it’s hard to miss the construction at the Carneal ArtsRevive Building.

ArtsRevive has been working on its $1 million capital campaign for a couple of years, raising money and completing projects along the way. But they are now getting closer to the completion of the Carneal Building.

“We are actually on the downhill slide for that building,” said Martha Lockett, executive director of ArtsRevive. “It is absolutely thrilling to look and know that you’re finally reaching the end.”

Construction crews are currently working on a pavilion to the left of the building near the riverbank, and Lockett said she is excited to see that completed.

“The outside of the building will be finished, and now we’re moving to raising the funds for the last phase –– getting the building heated and cooled and getting the garage doors replaces with doors that are suited to the building,” Lockett said. “We have a couple of grants out that would help us get real close to the finish line.”

To complete phase two, Lockett said the organization will complete the pavilion, which includes a performance platform, level and complete concrete and put in glass wall sliding doors that will allow people to take in the scenery in all weather.

“My heart would love to see it finished by the end of the year or the first of next year,” Lockett said of phase two. “It’s going to be so nice to have it there, have it covered.”

Lockett said ArtsRevive will soon be turning their attention to phase three –– the final phase of the Carneal Building, and they need to raise $125,000.

The entire reason for the projects is to revitalize Water Avenue and to get the community involved, and Lockett said they couldn’t do it without the support of Selma’s people.

“We could not do it without the support of the city, without the gifts and support of the people who live here, whether they’re individuals, businesses or corporations, city government, it just wouldn’t happen if it wasn’t for the people of Selma,” Lockett said. “And for that, we are extremely grateful.”

By Mary Stewart | The Selma Times-Journal The Selma-Dallas County Public Library was filled with excited faces on Monday as... read more