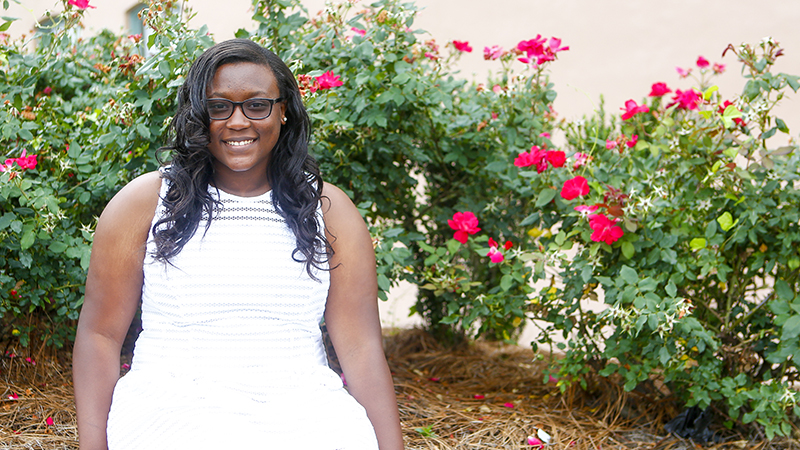 Harvetta Mitchell is quick to tell anyone that asks that her mom is her rock. From the time she was a baby to a high school graduate, Teresa Mitchell has always been there for her.

“My mom, she works so hard,” Harvetta said. “She’s always been the only one I had, and she did everything she could for me. I’ve got to give back to her.”

Harvetta said her mom’s encouragement is what pushed her to be the 2017 valedictorian of Keith Middle and High School.

“All year she’s been telling me, ‘I’m so proud of you, I’m so proud of you,’” Harvetta said. “To see her smile when I accomplish something, especially being valedictorian or when I got scholarships … it just made my day every single time. She’s just always been there for me and she never let me down.”

Harvetta graduated from Keith with a 4.08 grade point average and was involved in JAG and was a drum major in the marching band.

She will attend Wallace Community College Selma with hopes to later study biomedical science at the University of Alabama at Birmingham to become a pediatrician.

Harvetta said she has plans to return to Selma after completing her degree and opening her own office to serve the children of Selma and Dallas County.

“I’ve known for years that I wanted to be the best pediatrician that Selma ever had,” Harvetta said. “I want to be the one that everyone recommends or wants their child to go to.”

During her time at Keith, she said she most enjoyed marching band and being the drum major since 10th grade.

Harvetta said beside her mom, she has also had several people at Keith to help her along the way.

“My counselor Mr. [William] Powell, when I felt like I couldn’t do something, he always made me feel like I could,” she said. “He always believed in me, and he’s supported me since I’ve been at Keith.”

Mitchell said her teacher Curtis Bell and her principal Fredrick Hardy were also support systems for her during high school.