Selma’s Huff signs to play with Lurleen B. Wallace 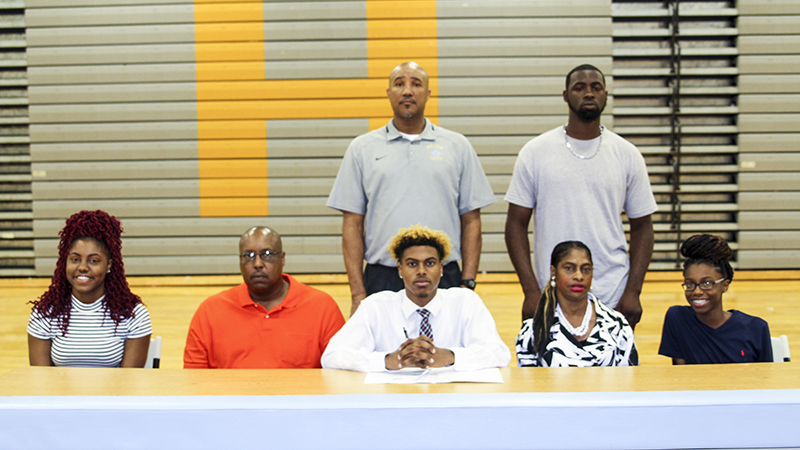 “I want to go there and develop my skills so I can play at the Division I level,” Huff said.

Huff transferred to Selma from Francis Marion High School and first-year coach Ronald Lane said he made an immediate impact.

“It was a godsend for Jeff to just drop in our lap. With him transferring in, we didn’t have a lot of experience coming back,” said Lane said.

“He’s a scorer and a combination guard. In my opinion, he was the player of the year in the county. He led the county in scoring and had the game-winning shot at the buzzer that gave us the area championship.”

In that championship game, Huff scored three points in the final five seconds as Selma stunned Stanhope Elmore to win the class 6A, area 5 crown.

Lane said he has talked to coach Ricky Knight at Lurleen B. Wallace about Huff will add to the team.

“The first thing I told him is that Jeff is a character kid. He’s the guy that comes to work every day. He shows up on time and never gives you any problems,” Lane said. “They are going to get a good basketball player down at LBW.”

Lane said he could see Huff going on to play for a four-year team after a year or two at the community college level.

“I think he could play the point or the two at any Division I school,” Lane said. “We were looking at some situations where some four year schools were interested but nobody was offering full scholarships.”

Tigers swap for SEC? Auburn AD would like to…