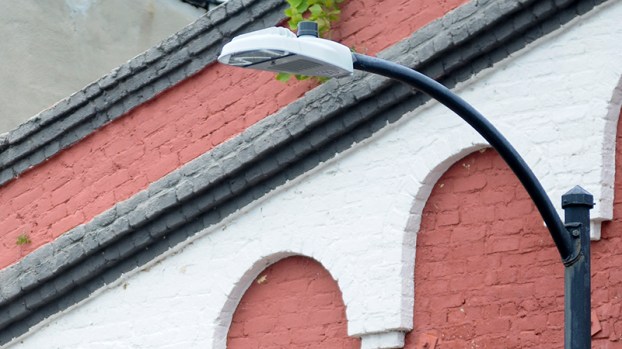 Alabama Power has started installing LED light fixtures across Selma as part of a comprehensive examination of lightning in the city.

A project to improve lighting in Selma is under way.

Alabama Power has started installing LED light fixtures as part of a master plan to brighten the city’s streets. New fixtures have already been installed on Broad Street from the Edmund Pettus Bridge to Dallas Avenue.

“We’re upgrading the technology that we have with LED lighting which will be brighter for our city and give it a different look,” said Mayor Darrio Melton.

The Selma City Council voted in April to approve a contract with Alabama Power to design a lighting plan and upgrade light fixtures throughout the city.

“We didn’t have a comprehensive lighting plan for the city of Selma, and we had a lot of requests coming in where people were wanting lights put up in certain areas because it was dark,” Melton said.

“Every time we put up an additional light, that adds an extra cost to the city, so one thing that we did was make sure that we’re instituting a comprehensive plan for the entire city, so there won’t be any dark spots.”

Melton said the project will start with the major thoroughfares in Selma, and then it will move to neighborhoods.

“It’s going to take a while to cover the entire city, but moving to the major thoroughfares is the most efficient way to begin instead of going right to the neighborhoods,” Melton said.

Upgrading the fixtures in neighborhoods will take more time because there are so many different types of fixtures used in different parts of town.

“Every time they go to each street there are different light poles that are up, so they have to do a study on what fixture will work best for that street or area, so it can be consistent down the entire street,” Melton said. “Once they get that schematic together and get the hardware in, they go ahead and install.”

Melton said the upgraded lighting will be a great benefit to the city.

“It is my hope that lighting will help to discourage crime as well as help our officers more at night going into areas that typically have been dark but will be lighter so it provides a lot of safety for our citizens as well as our officers,” Melton said.

“I believe the lighting will give our city a different look, and I think that is an asset and a positive thing as well.”

Melton said the LEDs will make a difference because they can light up a bigger area than the current lights.

The lights are owned by Alabama Power, so the city isn’t having to pay for the fixtures to be upgraded. Alabama Power told the city before the contract was voted on that they would work to keep their rate they pay for lighting the same.

As a crowd gathered in front of Memorial Stadium Monday morning to honor fallen soldiers, the sounds of a battlefield... read more