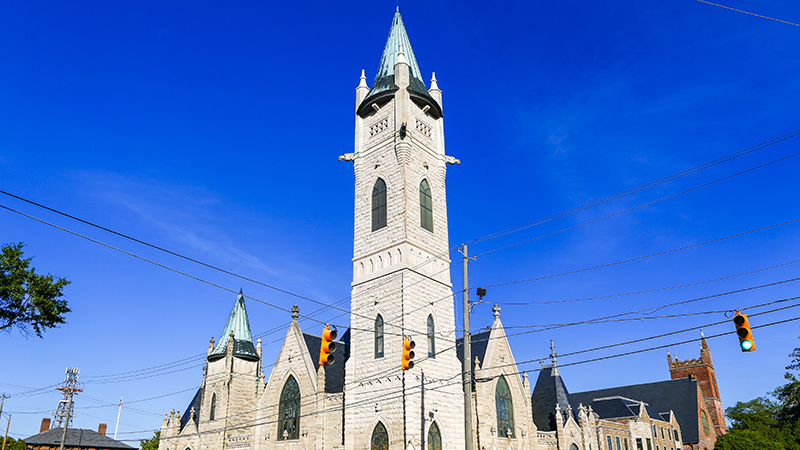 First Baptist Church Selma was founded May 29, 1842, and has carried on strong for the last 175 years.

Thirty pastors have ministered at the church over that time with the current pastor being Dr. Jerry Light.

A group of members from Ocmulgee Baptist Church in Perry County studied the need for a Baptist church in the 1800s in Selma and decided to place an advertisement in the local paper to see if anyone would attend a meeting to consider the need for the church.

“People answered the ad, and they started the church, and I think that’s a good way to start a church,” Light said.

Solon Lindsley was the founding pastor of the church.

A building was later erected at the corner of Alabama Avenue and Church Street in 1850.

Later, the sixth pastor, Noble Leslie DeVotie, began at only 21 years old. He remains the youngest pastor to serve the church.

DeVotie, along with classmates, was the founder of Sigma Alpha Epsilon fraternity at the University of Alabama. He received his seminary degree from Princeton University. After only two years at First Baptist Church, he decided to serve in the Confederate Army as a chaplain.

“When he was 23, the state of Alabama succeeded from the Union and a large group of men from First Baptist Church wanted to conscript in the Confederate Army, and when word got out he contacted his father and said ‘what should I do’ and he said ‘a minister goes with his men,’” Light said.

As DeVotie was about to board a steamer at Fort Morgan, it is said that he misstepped and drowned and was the first Alabama casualty in the war.

“In 23 years, he accomplished a lot, but his life ended too soon,” Light said.

The church will hold a ceremony Sunday, May 28 at 9:30 a.m. to rename the old education building after DeVotie.

“We are going to name our old education building, which was built in 1924 and renovated about seven years ago after him,” Light said. “It will be the DeVotie Education Building.”

In 1900, the congregation decided to build a new building at the corner of Dallas Avenue and Lauderdale Street, where it currently stands. The first service in the new church was held in 1904.

The church is a gothic style church with stained glass windows that were saved from the original church. There are also mosaics inside the church that were designed by Selma native Clara Weaver Parrish and made by Tiffany.

The church has a rich history with members serving all over the world in missions among other things, and Light said the women in the church have been a big part of the church.

“When I look back at the past, I’m just amazed at all that this church has accomplished over the years,” Light said. “We have consistently given to mission. We’ve consistently set the standard for the community.”

Light said the church is still going strong, and he sees a bright future for First Baptist.

“The church is still healthy spiritually and in every other way and we are more focused than ever on Selma as a community,” Light said. “We have realized that one mission field that we need to be more active in is the community of Selma, and we’re very active in that. We want to see what we can do to help Selma, not return to where it’s been before, but go beyond any expectations.”

The dedication will be held at 9:30 a.m. at the building between First Baptist and St. Paul’s Episcopal Church. The regular church service will begin in the sanctuary at 10:30 a.m. with several special guests.

“I love Selma, I love the people of Selma and I love the church,” Light said.

“This is a good church and it represents a broad scope of the community of Selma.”