The final suspect wanted for allegedly shooting at a Selma police officer in March has been arrested. 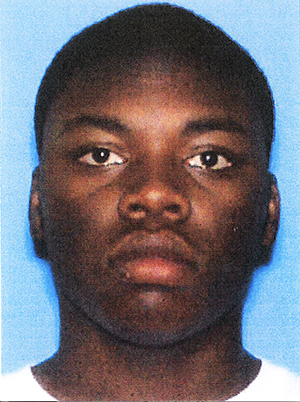 Jarmarcus Brenson, 20, was arrested and charged with attempted murder, two counts of shooting into an occupied vehicle and first-degree criminal mischief. He is being held at the Dallas County Jail without bond.

Five others have already been arrested in the case. Damarious Pullom, 26, Charles Pullom, 36, Brandon Hatcher, 35, Deseray Strong, 20, and Calvin Boyd, 23, have each been charged with attempted murder and shooting into an occupied vehicle.

The incident happened in the early morning hours of March 15. Around 3 a.m. an officer with the Selma Police Department was following a white Dodge Charger that was suspected of being involved in a shooting in the county down Eisenhower Street.

When the officer turned on his lights, the car he was following stopped. Collier said the officer thought the suspects inside the vehicle were going to run, so he got out of his patrol car.

“At that point he thought they were going to run,” Collier said the day after the ambush. “Instead of running, all four doors opened, and they opened fire on him.”

The officer, who was not injured, managed to dive into the car, throw it in reverse and punch the gas pedal with his hand to distance himself from the shooters. The shooters then fled the scene.

Investigators were able to recover an SKS rifle, an AR-15 and a Glock .40 caliber pistol, as well as 100-round drum for the SKS.

This was the second instance of an officer being shot at in a two to three-week time period. Suspects opened fired on an officer at George Washington Carver Homes.