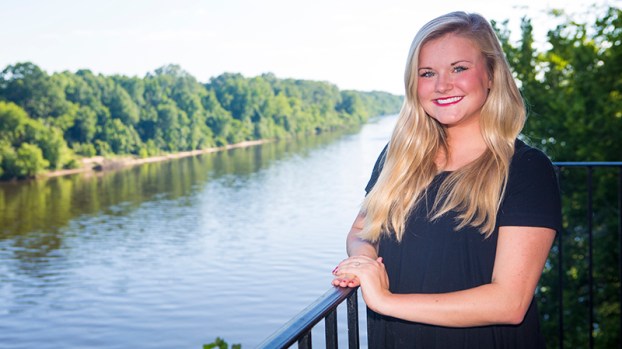 Annie Talton will be graduating from John Tyler Morgan Academy this Friday as valedictorian. Talton has a 4.17 grade point average.

“Just a lot of hard work and constantly pushing myself and keeping it in mind that that’s what my goal was — to get valedictorian,” Talton said. “It was exciting to get it finally and achieve that.”

Talton said to accomplish her goal of becoming the top student in her class, she had to make rules for herself.

“I mean keeping myself accountable, not letting my grades ever slack, making sure that I studied and kept up throughout the year and then while at the same time like being involved in SGA and playing tennis and being involved in clubs, not just academics,” she said. “I’ve been thinking about it since ninth grade.”

Talton is the daughter of Julius and Ruth Talton. She is the Student Government Association president and was involved with SGA at the state level, a member of the tennis team, math team, National Honor Society, Beta Club, Mu Alpha Theta Math Honorary Society, participated in Girl’s State, Pioneer Electric Youth Tour and dance at Margie’s Studio 4 Dance Studio.

Annie said she is looking forward to the future, but she is going to miss Morgan.

“Well I love Morgan because it has a family kind of feel,” Annie said. “It is a smaller school, and there is a beauty in that. You can be so involved in so many things, and I’ve had the opportunity to be more of a leader in the student body and have more of a service role than maybe I would in a bigger school. I’m going to miss that aspect of Morgan and the hometown feel. And the faculty is really amazing and they love you like they’re your own children.”

Annie said Nichols has always been there for her, and she appreciated the confidence she has in her, telling her to shoot for the stars.

“I look up to her a lot,” Annie said. “She always has my back even in the smallest things. … She tells me that I have certain gifts that I need to share them with the world and that I need to do that without any limits. She makes me feel like I can conquer the world and it makes me want to.”

Annie plans to attend Washington and Lee University in Virginia. She hasn’t picked a major yet, but she is interested in mathematical business and minors potentially in French, religion and art history, and she hopes to maybe one day work in international business.

Over the next two weeks, The Selma Times-Journal will feature valedictorians from every local high school.

The American Legion Thomas R. Mackin Post 20 recognized first responders Thursday night at a banquet. Although not all of... read more