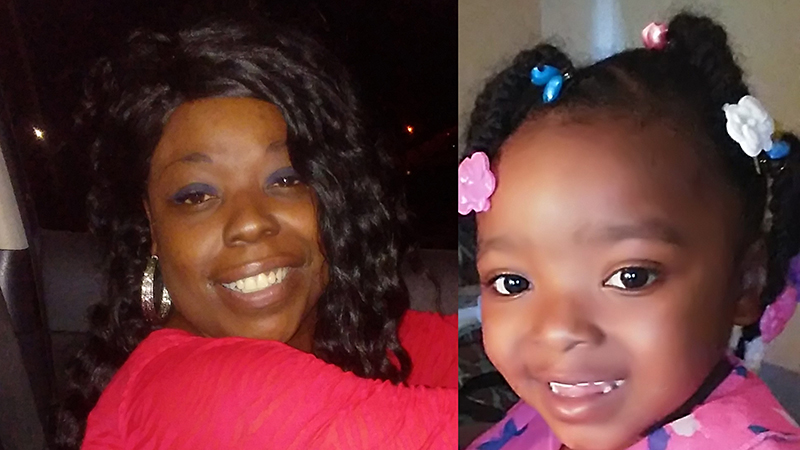 A 30-year-old Selma woman and her three-year-old daughter have been reported missing after traveling to Tulsa, Oklahoma last week to visit family.

Multiple family members have filed missing person reports with police departments in Oklahoma and Alabama in an effort to find Angela Billingsley and her three-year-old daughter, Malaysia.

“The last time we saw her has been about two or three weeks. She made it to Oklahoma … and the last time they saw her, they said she told them she was going to the store, and she never came back,” said Kimberly Ford, Billingsley’s cousin.

According to family, she was last seen driving a silver or grey 2013 Chevrolet Captiva with Alabama license plate number 22318L2. Ford said she was going to see her mother and two brothers in Tulsa.