Selma goes over basics in prep for spring game 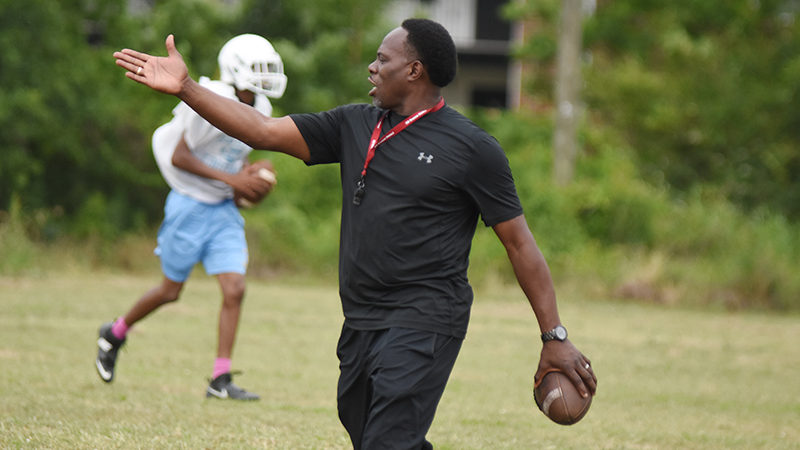 The Selma High School football team opened spring practice last week looking to rebound from a disappointing 1-9 season. If the Saints are able to manage a turnaround, they’ll do it with a brand-new head coach — one that is yet to be named.

Eugene Foster, the head coach of the R.B. Hudson Middle School football team, said he’s the interim head coach. Foster said he’s relying on other coaches who have been around the program and know the students better to help him guide practices and prepare the team for its first scrimmage Saturday.

Selma is looking for a head coach for the second consecutive offseason after Keon Handley stepped down to pursue the Fairfield High School position.

Clifford Matthews, Selma’s defensive coordinator, said the Saints have focused on putting in basic plays this spring because no matter what next year’s offense looks like, some variation of a draw, lead and dive will be run.

“We’re pretty basic. We’re sticking with what we did last year on defense,” Matthews said. “We’re just running basic plays — power, dive, counter. You can incorporate that into any playbook.”

More than anything, the team is focusing on fundamentals and getting into shape.

“Guys have to be in shape because we don’t want the guys to get injured,” Foster said.

The scrimmage will start at noon. Adults can get in for $2 and students will be admitted for $1. It’ll be a four-quarter scrimmage of about 60 plays.

The Saints will play a spring game next week at Carver in Birmingham.