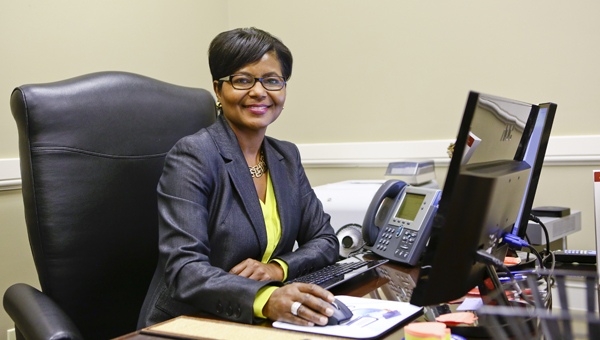 School Board President Johnny Moss said Mangum was placed on leave because she failed to notify the board she was seeking other employment. Moss said the board found out Mangum was a finalist for the Pike Road Schools superintendent job Friday by media.

“I think the board just felt like we should have at least been given a heads up on that,” Moss said. “When you learn it from the media or you read about it in the newspaper … we were just shocked that we weren’t notified. It’s almost embarrassing.”

A portion of section 13 of her contract reads, “The superintendent shall give the board a three-month notice or shall notify the board president immediately after deciding to pursue or investigate opportunities other than with the school district.”

“It clearly states that she is supposed to notify the board president before you pursue or inquire or act on finding other opportunities,” Moss said. “We just felt that she was in breach of her contract in that regard, so we placed her on administrative leave.”

Mangum was almost to the end of her second year of her contract before being placed on leave. She was hired on March 23, 2015, and signed a three-year deal.

“It’s unfortunate because we’re in the planning stages. It’s not fair to the community to make decisions when you’re planning on leaving,” Moss said. “If you’re trying to run a school system, you need to be able to make decisions based off of your superintendent’s longevity and employment.”

According to Kadie Crowell Agnew, communications director for Pike Road Schools, current superintendent Suzanne Freeman announced her intention to resign at the end of the school year on Feb. 13.

Applications for the job were due by April 21, and a list of eight candidates was released Friday, May 4 after a work session with the school board and town council. Dr. Charles Ledbetter, superintendent of Dothan City Schools, was named the sole finalist for the position, and an announcement will be made on May 15.

“She’s had plenty of opportunity to contact me,” Moss said. “It’s just unfortunate because of the lack of communication. All it would have taken was a phone call, email or just a comment. We just feel that it’s fair and also contractual.”

“Anytime you terminate any type of employee or you place an employee on administrative leave, everyone is given due process,” Moss said. “So that’s just the normal procedure to have a hearing, and then we’ll decide from that hearing if we want to move forward with the cancelation of her contract.”

Moss said Mangum was present at the board meeting Tuesday and left after she was placed on leave. Phone calls to Mangum seeking comment have not been returned.

According to Moss, if the board decides to terminate her contract, she will not be owed compensation.

A section of her contract states, “the superintendent may be discharged for cause if she materially breaches any provision of this contract.”

Boy of the Year honor goes to Morgan Academy’s Harvill